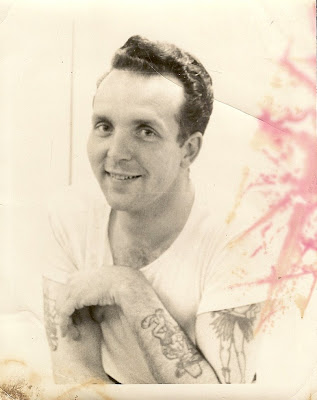 It has taken me a while to write this post, mostly because it forces me to address a topic that has brought suffering to my family for more than 50 years - longer than I've been alive. While I would never wish to cause pain for anyone, especially my family, I realize that we can never fully escape the truth of our beginnings. On some level, this story has to be told.
So here's the essential piece: a couple months ago, I discovered that I have an aunt and several cousins through my mother's father Gerald Nichols. I'm sad to say that I had no idea they even existed, so this news was a total surprise.
*
Some background information may help:
When I was a child, I had no knowledge whatsoever regarding my grandfather - my mother's father. One time, when I was around the age of nine or ten, I asked my mom directly, "Why don't I have a grandpa?"
She looked sad and slightly distant as she said, "Your grandfather died many years ago."
Her explanation made sense, so I had no reason to ask again. But several years later, when I was about sixteen, I came home from school one day and my mother said, "Your grandpa's in town. We're going to see him."
I was confused and said, "I thought you told me that your father died."
Her voice had a bitter edge as she responded, "He was dead - to me."
So in my sixteenth year, I saw my grandfather raised from the dead - at least figuratively. I had no preconceived notion regarding his appearance. I don't think I had even seen a photograph, but I was still a little surprised that he reminded me of homeless, moonshine Santa Claus. He had a long white beard and a pot belly. He also wore a pair of dirty overalls, and if I remember correctly, he was intoxicated the day we met. Our visit was pleasant enough, but after he left Spokane, I never saw him again. We had a relationship that lasted all of two days.
Unfortunately, my mother and her siblings had a miserable reunion with their father.
When long deceased family members reappear, questions are bound to arise. My mother finally explained that when she was only eleven years old, her father left the home and never came back. They were living in Saint Louis, Missouri at the time, and apparently my grandfather fell in love with a woman down the street and left my grandmother with seven children. Destitute and alone, my grandmother bundled the kids in their warm coats and boarded a train for Spokane. That was the winter of 1963.
*
Ten or fifteen years after his first and last visit to Spokane, I heard that my grandfather died - this time for real, and so I thought the story was over.
But then a couple months ago, I learned that my grandfather had a daughter with his second wife - the so-called "other woman" from down the street. Of course, the whole thing made perfect sense; it's just that I had no idea. My grandfather's daughter, my aunt, contacted me through Facebook. She and I have begun forming a relationship and in many ways, she has helped me to make sense of our painful family history. In fact, she sent me all of the photographs in this post, along with several others. I am very thankful for her willingness to reach out to me.
I have no anger or bad feelings for my grandfather. I cannot pass judgment regarding his choices in life, but I am still a little sad for my mom. My hope is that healing may come from building positive relationships with our "new" family members.
Note: Please click on any photographs to see a full-size image.

Posted by Barry Moses (Sulustu) at 12:10 AM 2 comments: Links to this post 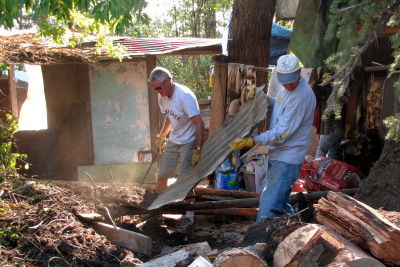 Dakota began the first phase of his eagle project by demolishing the old wall surrounding the lodge. A group of fellow scouts, along with several adult leaders assisted in the project. 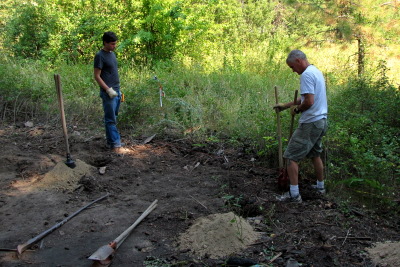 After the old structure was removed, the land was cleared and measured for a new wall. 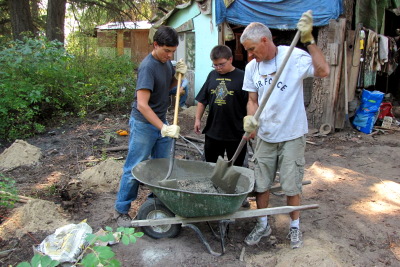 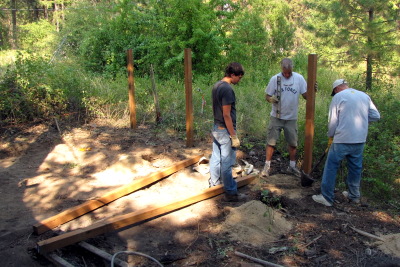 Setting the new fence posts.
Posted by Barry Moses (Sulustu) at 2:25 AM No comments: Links to this post 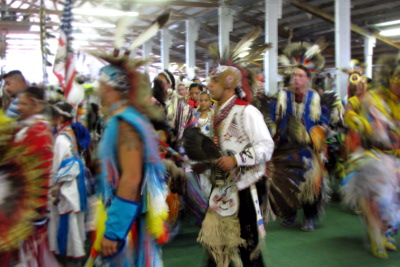 This weekend I attended the annual Labor Day Powwow in Wellpinit, Washington.
During Grand Entry, the drum beat filled the air and hundreds of dancers surrounded me on all sides. No matter how many times I dance, I'm always amazed by the power of that moment. Every Grand Entry feels like a victory in its own right - a powerful declaration that we as Indian people are still here. 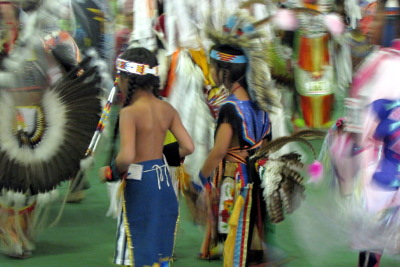 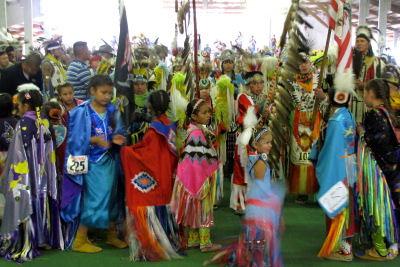 The young people led Grand Entry during one of the sessions and reminded of the words my elders gave me a few years ago:
qe uł t seqelixʷ.
We are Indian people.

pentč u qe lʔe. pentč u qeqs lʔehi.
We have always been here. We will always be here.
Posted by Barry Moses (Sulustu) at 5:41 PM 1 comment: Links to this post 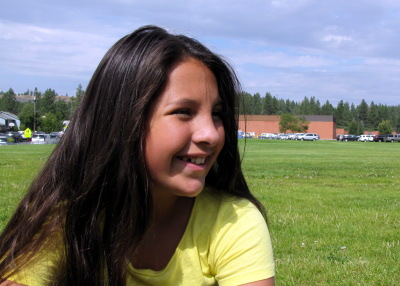 My youngest daughter attended an open house at her new middle school. Man, it is so hard to believe that our baby is going into the seventh grade. Where did the time go?
Posted by Barry Moses (Sulustu) at 9:04 PM No comments: Links to this post 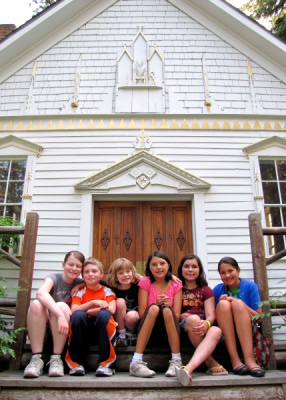 The grandparents spent their last day in Spokane with my daughters and some of the cousins. We had hoped to play tennis at Spokane Falls, but the courts were closed due to re-surfacing. We ended up walking instead through the Mukogawa campus, and eventually arrived at Saint Michael's Mission.

From what I understand, the building once stood at Peone Prairie as a mission to my ancestors of the Spokane Tribe, but I'm not sure why they moved the building. I'm not even sure if anyone uses that building anymore.
Someone asked about the meaning of the initials "IHS" above the door. I attempted an answer and was correct in saying that the "I" stood for Jesus, but I was mistaken in saying that the initials had some reference to the Sacred Heart. The Catholic Encyclopedia says that the name of Jesus was written as IHESUS during the Middle Ages. It was once a common practice to abbreviate the name using the letters IHS; therefore, the name Jesus appears literally on the wall of the church, just below the cross.
In a strange way, this seemingly minor experience got me to thinking about the names we use for one another within our homes. I can think of no more sacred names than mother, father, son, or daughter.
Posted by Barry Moses (Sulustu) at 2:00 AM No comments: Links to this post