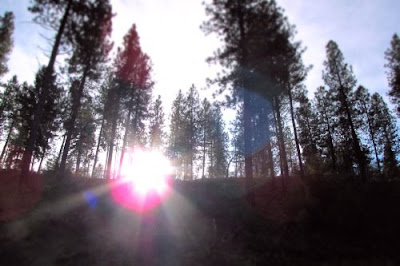 Fathers are powerful. Like all the moods of the sky, they bring both warmth and desolation, one after another, and sometimes with barely a glance. In their sun-filled brilliance, fathers inspire confidence in their sons. But when thunder and hurricanes fly from a father's mouth, the son may bear the wound of a lifetime.

My father did both.

Sometimes I rebelled, but deep down I believed everything he ever told me. Right or wrong, his words became the gospel truth. When he praised me, I believed myself a king, and when he scolded me, his words became a standard of judgment that would drive my self-doubts for years to come.

I saw both faces of my father, and many shades in between. I saw his shadow as it emerged from the bottle, but I also saw his greatness.

Just before he left this world, he wrote a letter that may well represent the culmination of his life wisdom. I re-worked some of the grammar and awkward phrasing, but most of the language is the same. Certainly all the concepts belong to him.

The spirits tell us what to do and give us visions that determine our journey in life. Nowadays, people are not taught to listen to spirit. Thus, our visions are often wasted and we fail to hear the songs in our hearts.

It has been said that songs made from dreams hold their power forever. Any power given in a dream is a gift from the spirit to help the people.

Indians forever lived in a land of mystery, seeing the un-seeable and hearing the voices that only they could understand. The spiritual world of the Indians included both humans and animals. The animals are holy messengers lighting a pathway to power and wisdom.

Nowadays, the people of this land live so far from spirit that all spiritual reality has been lost. The full power of spirit is now only a ghost, much of which we will never see.

Our quest in life could be so simple, with the help and guidance of spirit. The spirit within us will someday be called to follow the sacred circle to the spirit world, which is the true world. When that time comes, will we be ready, or will our attachments to the material world hold us back?

We must put down our possessions, our fears, and all the wrongs this world has taught us. They did not come from spirit. They came from all our wants and fears.
The Indian path is a true path. It was taught by spirit, so let us lead it in spirit.

Barry,
This has spoken to me on such a deep level. Your Father's words touched my Spirit, brought tears to my eyes, & inspired me to see more deeply into my visions, my Spirit. The next phase of my Journey is beginning. This post came at just the right time for me, it follows what was beginning to move in my life. What began to move very rapidly when you were given the message from the Wolf for me. My longings for more enlightenment, a more spiritual life had escalating over the past few months, but that message along with this post have put everything into a faster pace. Thank you,my friend, for sharing this.

Good post and this mail helped me alot in my college assignement. Gratefulness you as your information.

sulustu.blogspot.com; You saved my day again.

Nice post and this enter helped me alot in my college assignement. Thank you for your information.