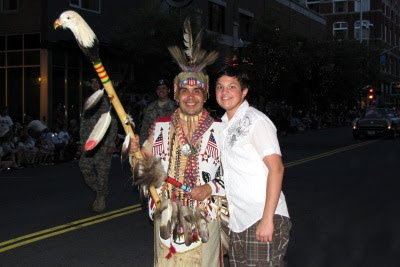 Once again, my uncle called me to help represent the Spokane Tribe during the Lilac Parade. A handful of tribal members dressed in regalia and marched along the parade route. To be honest, I was moved by the reaction of the people. Many stood and cheered as we passed, while others seemed almost emotional and even teary-eyed.

I'm not sure how to think about that.

My family waited along the parade route. As I approached, my children ran into the street and cheered. What a fun experience! 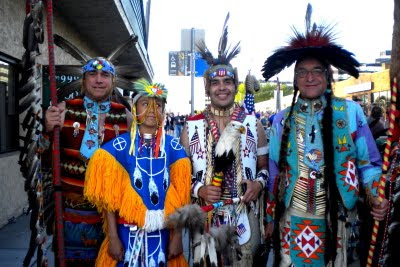 A few of us gathered before the parade. 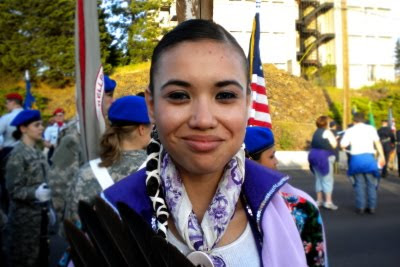 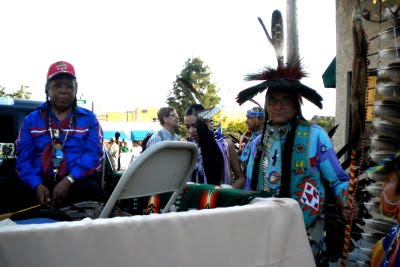 My uncle Pat rode in the back of a truck while he sang traditional Spokane songs on the drum.
Posted by Barry Moses (Sulustu) at 2:09 PM

Barry... I think Ed would have like that.
Deb