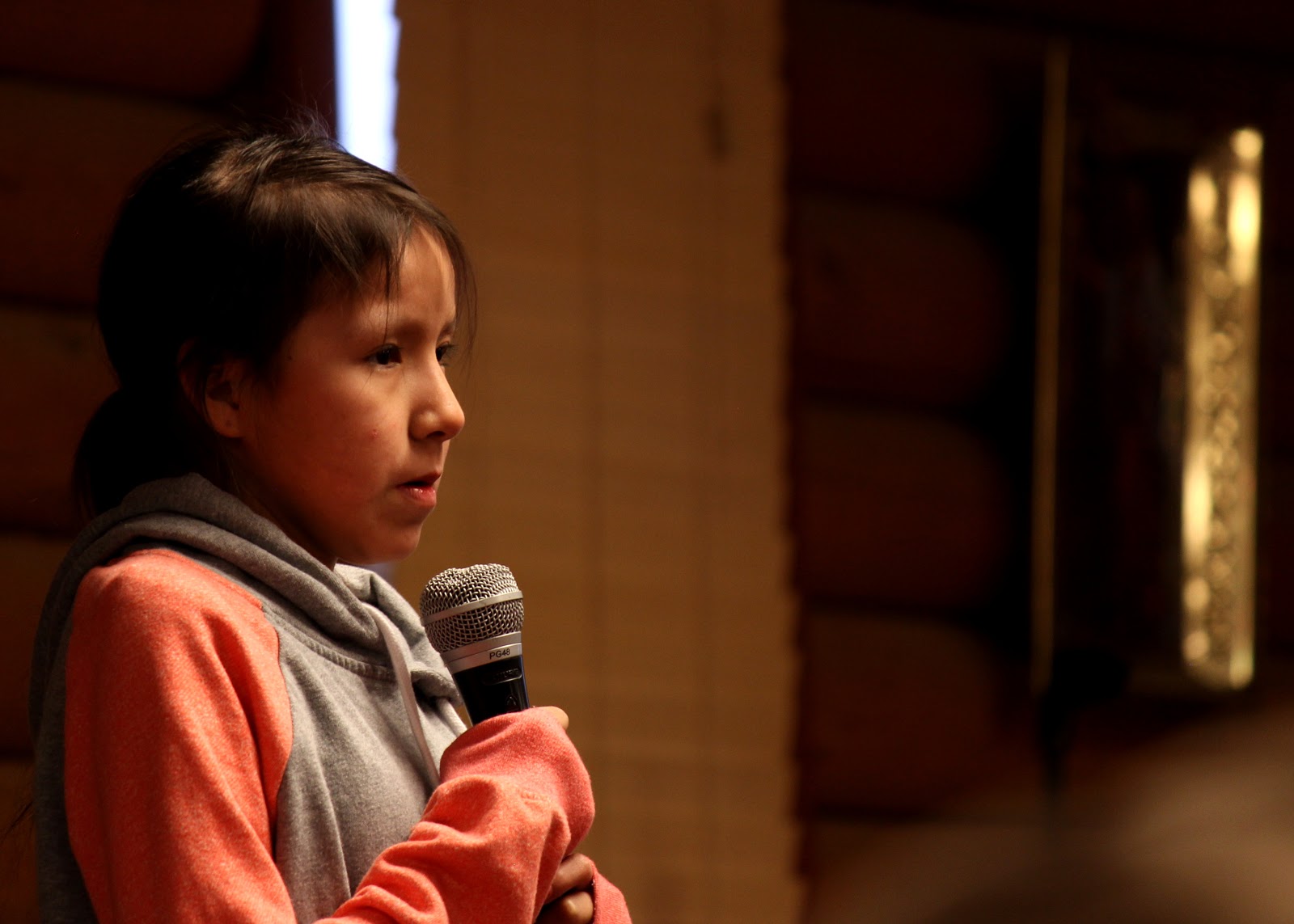 As a young girl, Mishayo was diagnosed with cancer and had a near-death experience. Now she tours the country telling her story to anyone who will listen, including a recent event at the Spokane Tribal Longhouse.

She described many of the classical elements of a near-death experience, such as floating above her body and seeing the reaction of doctors and nurses. After leaving her body, she witnessed a series of terrifying images: a woman with no eyes, a man impaled by knives, a lake of fire, and the endless torment of those who rejected God. She cried out, "Jesus, if you're real, please save me!"

Jesus appeared and delivered her from the flame.

She asked, "Why did I have to see this? Was it because I was angry at God for getting cancer?"

In her vision, Jesus explained that she had to witness the horrors of hell so that she could come back to earth and warn the people. Jesus named several specific evils, including alcohol, drugs, tobacco, casinos, and abortion. But in all cases, she said the people were assigned to hell because they chose sin before God.

At the end of her presentation, she led the people in the classic salvation prayer used by many Evangelical churches. Then the people formed a line and she lay hands on them all.

Regardless of one's theology, the event was striking for several reasons. First, the young girl spoke with a rhythmic, almost trance-like quality. There was no doubt in my mind that she was 100% sincere in her belief. Second, her testimony produced a remarkable, cathartic reaction among the people. By the end of the meeting, dozens of people were holding one another, sobbing, and praying.

Her message was overtly Christian, but something about her mannerisms reminded me of other Native American prophet movements, like those founded by Wovoka, Smohalla, or John Slocum. According to one theory, prophets tend to arise in times of distress or rapid social change, such as the destruction of Native cultures by American and European powers. In the case of Mishayo, the distress seemed to revolve around the despair of reservation life caused by alcohol and drugs.

Many were inspired by her message; however, I'm sure that some will reject it. In the end, it will be interesting to see the impact of her message on our community. 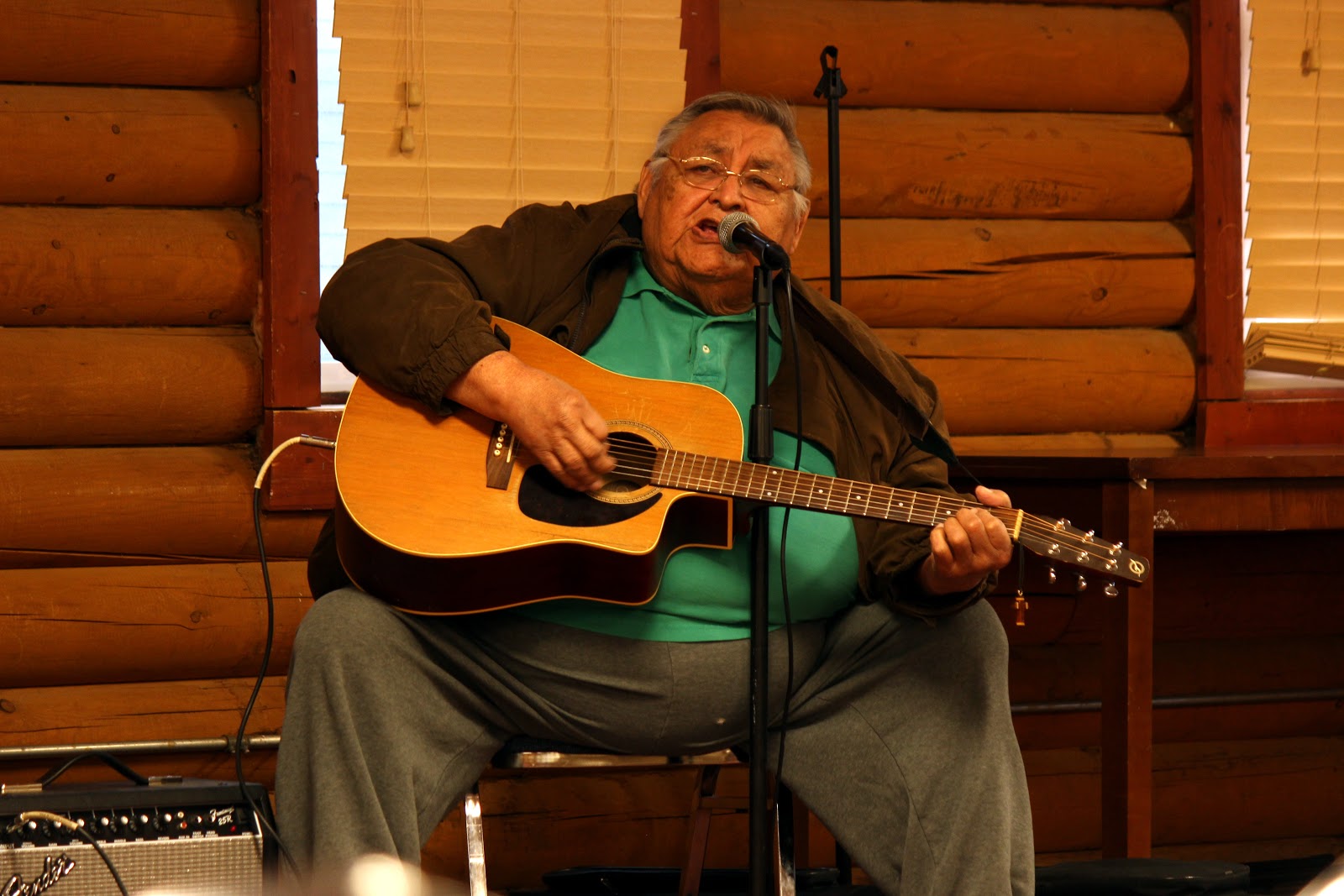 A man sang Gospel music before the presentation. 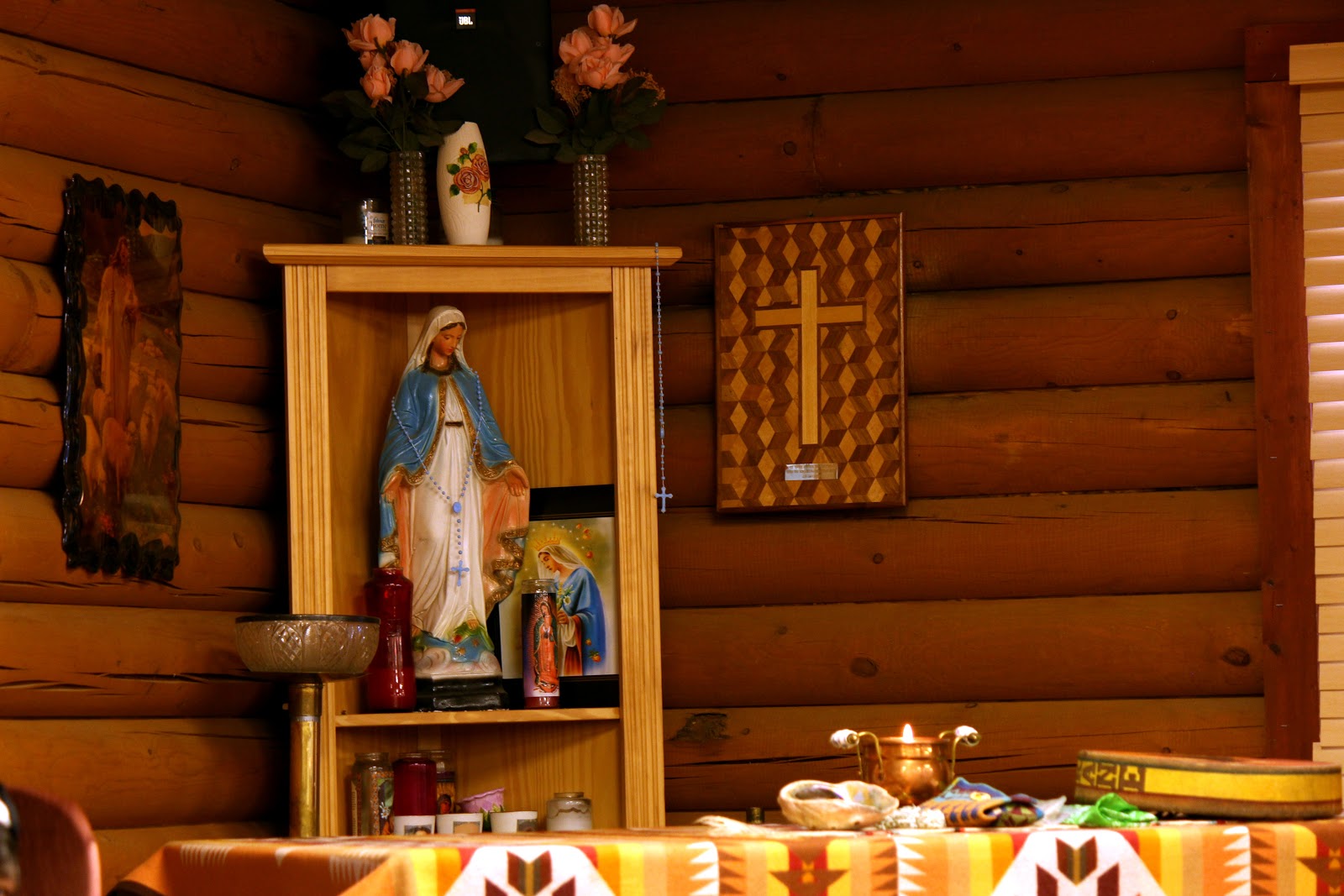 The longhouse is filled with Catholic imagery, which is ironic considering the girl's vision. At one point, she reported that she saw Mary crying because people were worshiping her instead of Jesus. 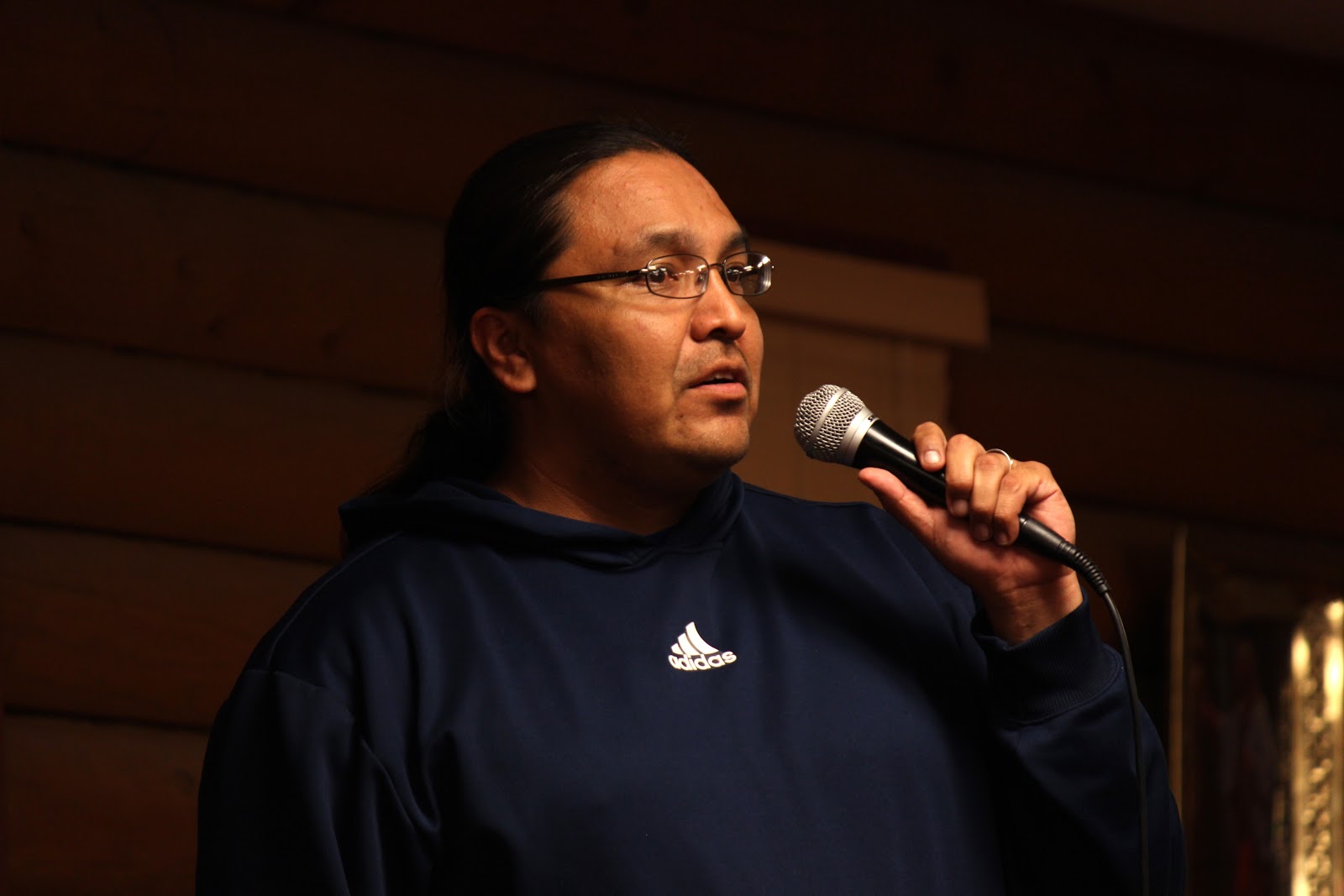 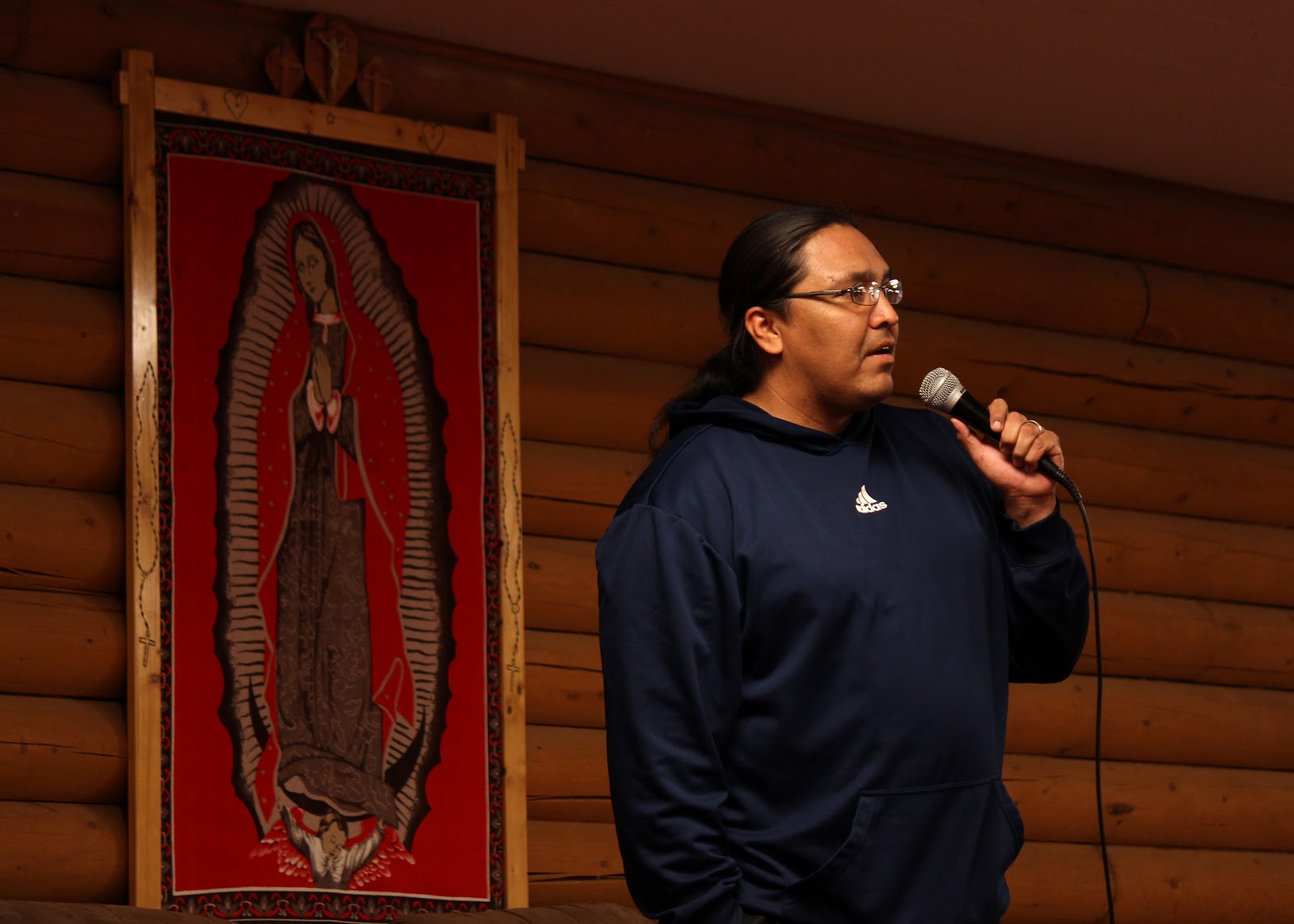 A family member introduced the event.
Posted by Barry Moses (Sulustu) at 12:08 AM