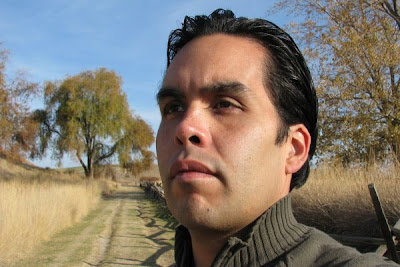 Standing on the Oregon Trail...

After leaving Walla Walla, I had the opportunity to visit the site of the old Whitman Mission. My visit offered me a brief window into the past and left me to contemplate the implications of history on the present. 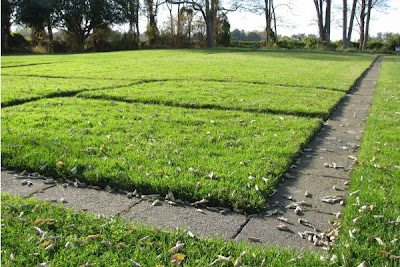 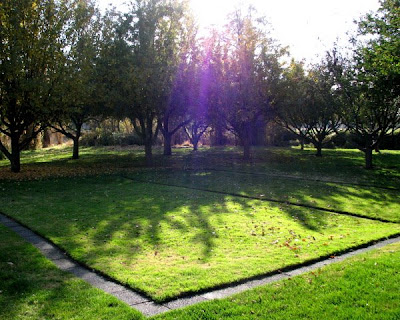 Concrete markers show the previous footings of the mission. 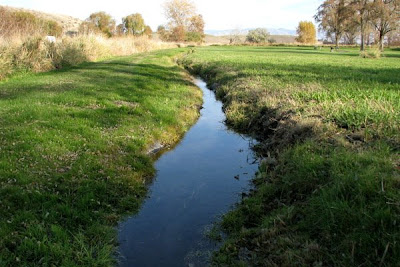 A restored canal much as it was created by Dr. Whitman...

The mission was established in the early 1800s by Protestant missionaries Marcus and Narcissa Whitman. They settled among the Cayuse Indians and attempted to impress upon them the virtues of Christianity and American civilization.

No doubt the Whitmans arrived with the finest intentions for the Indian people. In a letter to the missionary board, Marcus Whitman declared, "I regard the Missionary cause as based upon the Atonement, and the commands and promises of the Lord Jesus Christ to his Ambassadors and Church; and that it involve the holiness and happiness of all that may be reclaimed from Sin."

Unfortunately, the Whitmans attempted to change the Cayuse without understanding their language, culture, and deep spiritual experience. Whitman continued, "I regard the Heathen as not having retained the knowledge of the true God..."

The Whitmans began their mission with a flawed understanding of Cayuse culture and ultimately alienated the very people they attempted to save. Over the years, misunderstanding and distrust began to develop between the missionaries and the Indians. 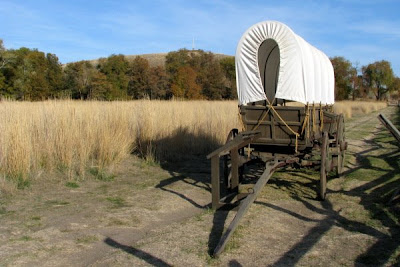 A lone covered wagon on the old Oregon Trail...

Suspicions worsened as the Whitmans invited white settlers into the region, further displacing the Cayuse from their traditional lands. The Oregon Trail passed within a stone's throw of the mission, and the Whitmans frequently offered comfort, supplies, and aid to the foreign immigrants. Tensions reached a breaking point when one of the settlers introduced measles to the area. The disease spread quickly among the Cayuse resulting in the death of more than half the tribe. Whitman treated whites and Indians alike, but the Indians died while the whites recovered, and so many Indians believed he intentionally poisoned them to make way for white settlement.

The Indians reacted with vengeance and killed the Whitmans, along with a handful of other white residents. 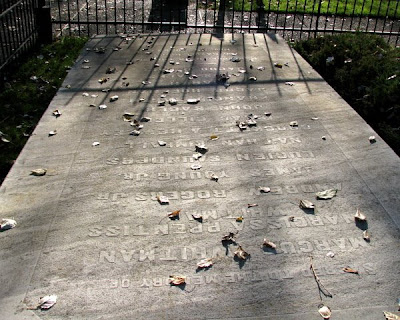 The mass grave where the mission victims were buried... 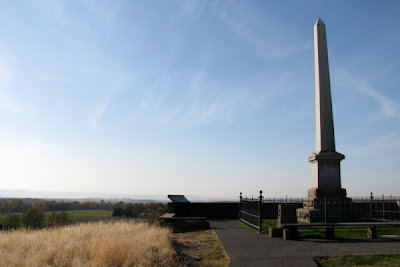 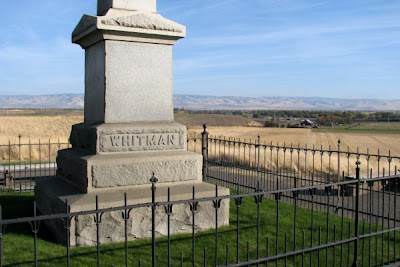 This monument was erected 50 years after the killing.

As I ponder the severity of this place, I ask myself, does history really teach a lesson? Some would suggest we should forget the past rather than blame the sins of our fathers. I would suggest that we examine the past, not to assign blame, but to understand the dynamics behind the Whitman killings, and if we understand the cause, we stand at a unique opportunity to create healing in the defining cultural and social conflicts of our time.

I don't justify the killings, and at the same time, I notice something of the dynamic that created that situation. Many seek to export the ideals of one nation without fully grasping the social and cultural identity of other nations. Despite the sincerity of the Whitmans and others, this approach usually inspires more resistance than change.
Posted by Barry Moses (Sulustu) at 11:02 PM

So true and applicable to so many conflicts today. The sincerety of the motive might make a moral difference, the consequences are still disastrous.