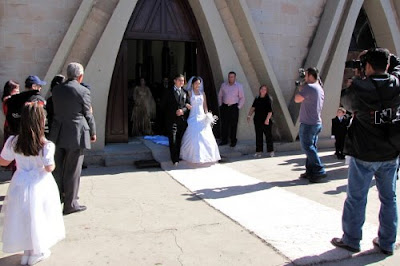 On our second day in Guasave, we attended two weddings.

My friend Gloria got married on the afternoon of December 26. She and I attended the same class in Colegio Guasave when I lived here 21 years ago. Actually, she was the first person I found after my long absence, through Facebook. Through her, I was able to re-establish contact with many of my other friends.

She told me that the wedding mass would begin at 1:00 in the afternoon, but we arrived about 20 minutes early. When we entered the church, I saw a couple in wedding clothes kneeling at the altar, and I immediately assumed that the wedding had begun earlier than expected. We took our seats at the back of the church and watched the priest perform the mass. At the end of the ceremony, I rushed outside to get a picture of the new couple as they left the church, but when they emerged, it was a different couple!

Then I looked behind me and saw Gloria driving up in a car decorated with flowers. 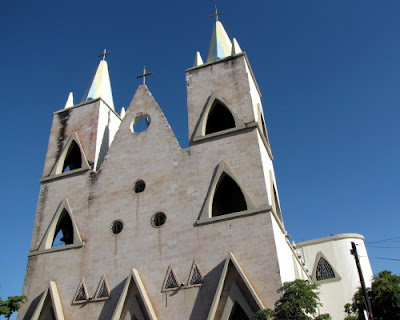 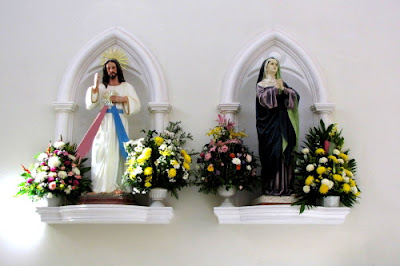 The wedding took place in the Church of the Sacred Heart of Jesus. This church played a large role in my life during my exchange, mostly because it was only two blocks from my house, and my host family often attended mass there. I attended many meetings in that church. 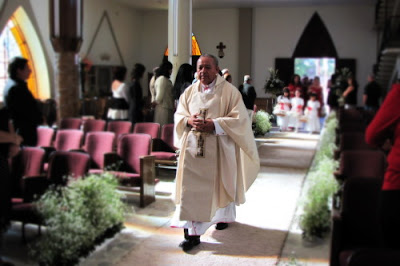 Once we attended the correct wedding, we got a better seat closer to the front of the church. I sat near the aisle and got pictures of the priest as he began the wedding mass. 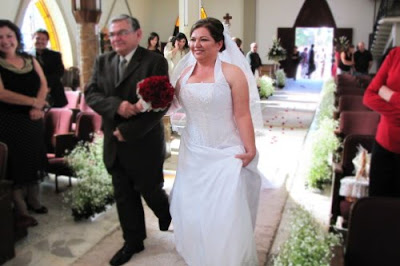 Gloria and her father entering the church. 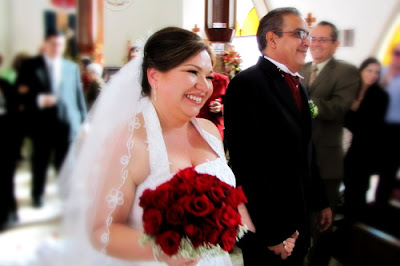 Gloria and her new husband Ernesto. 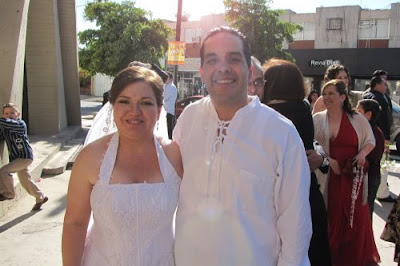 Gloria and I immediately after she emerged from the church.
Posted by Barry Moses (Sulustu) at 7:38 PM