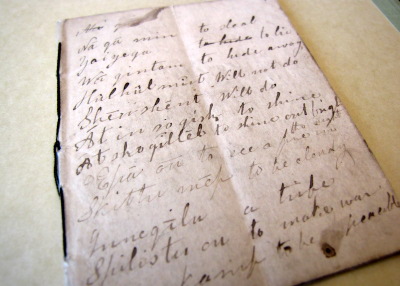 Several days ago, I held in my hand a most extraordinary book - an original hand-written Spokane dictionary compiled by Mary Walker sometime between 1838 and 1848. The book was constructed from several folded sheets of paper that were bound together by a simple black thread. The pages contained a random mix of words written in both ink and pencil, along with an assortment of streaks and household stains.
I was actually surprised they allowed me to handle an original document from the 19th century.
This hand-written dictionary resides in the Northwest Room of the Spokane Public Library. Before I was allowed me to view the book, I had to sign a special agreement that included my driver's license number and other identifying information. With all the paperwork complete, the librarian simply handed me a folder that contained the original book.
*
Elkanah and Mary Walker lived among the Spokane people from 1838 to 1848. The American Board of Commissioners of Foreign Missions sponsored the Walkers as missionaries to convert the Spokane to Christianity. After following the Oregon Trail to Walla Walla, they eventually settled in a place called Tshimakain, near present-day Ford, Washington. 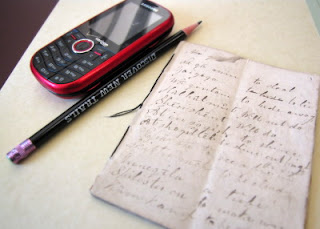 The Walkers lived among the Spokane for nine years, but never made a single convert. Their failure to win souls for Christianity perhaps stemmed from their ethnocentric view of religion. The Walkers demanded that the Spokane not only abandon their existing spirituality, but also adopt a European, agrarian lifestyle. How farming became a requirement for salvation, I'll never know. But their diaries also suggest that both Mr. and Mrs. Walker often expressed contempt for Native customs, beliefs, and traditions.
Years ago, I remember reading that Mrs. Walker sometimes scolded the Spokane for what she perceived as sinful behavior - things like practicing Indian medicine or 'stealing' from her garden. Some parts of her dictionary seem to reflect a basic misunderstanding of the culture and a focus on negative behavior. In fact, the initial three words on the cover page are: to steal, to lie, to hide away.
It is easy to see why the mission failed to gain converts. 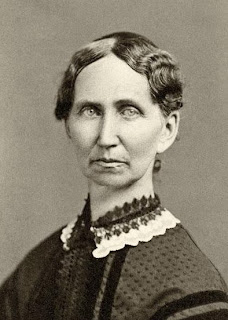 Despite the apparent ethnocentrism, Mary Walker's dictionary offers some insight into the origins and development of the Spokane Language. For example, the second page contains the Spokane word for the soul: sinhupows. Mrs. Walker created an improvised spelling system, but still the word bears an obvious resemblance to the correct pronunciation: snx̣pew's.
The appearance of this one word inspires an interesting question in my mind. For several years, I have heard the story that the Spokane word for the human soul was a creation of the Catholic missionaries, and yet Mary Walker may have recorded that word as early as 1838, several years before the priests even arrived in the area. My family did not become Catholic until some time between 1842 and 1845. The Protestant and Catholic missions did overlap somewhat, so it is possible that they shared a common vocabulary, but I have to wonder if Calvinist missionaries would accept a Catholic description of the soul.
Another interesting word that she recorded was a word for spirit: Npupowlish's. This word is similar to the word npupewlštn, which has reference to the breath. Once again, this makes me wonder if that was an original Spokane concept of the spirit or a Christian innovation.
*
I cannot say that Mary Walker's Spokane Dictionary added to my vocabulary - her book was really nothing more than a word list - but it inspires me to see a written account of the Spokane Language from almost 175 years ago.
*
The Walkers abandoned the mission shortly after the Whitman Massacre in 1847. Some time later, Mrs. Walker composed a poem to remind her children of their birthplace among the Spokane:
Tshimakain! Oh, how fine, fruits and flowers abounding,
And the breeze, through the trees, life and health conferring.
And the rill, near the hill, with its sparkling water
Lowing herds and prancing steed round it used to gather.
And the Sabbath was so quiet and the log house chapel
Where the Indians used to gather in their robes and blankets.
Now it stands, alas forsaken: no one with the Bible.
Comes to teach the tawny skailu (people) of Kai-ko-len-so-tin (God)
Other spots on earth may be to other hearts as dear;
But not to me; the reason why, it was the place that bore me.