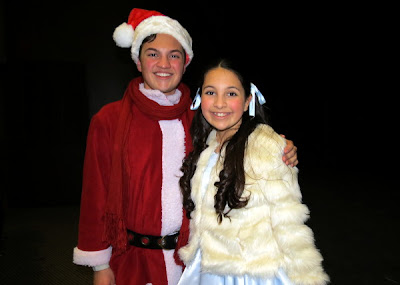 Dakota and Whitney performed in a newly written musical, "Yes Virginia, there is a Santa Claus." The play was based on an older, non-musical version of the story. You can read the background here.

The actors were invited to perform, without having to audition, so as you can imagine, it was quite an honor to be selected. They rehearsed for about a week, much less than a normal production. The whole thing was designed to raise public awareness of the play.

Dakota played a "scraggly" Santa who rings a bell on the street.

Whitney played an arrogant little girl who teased Virginia for believing in Santa. 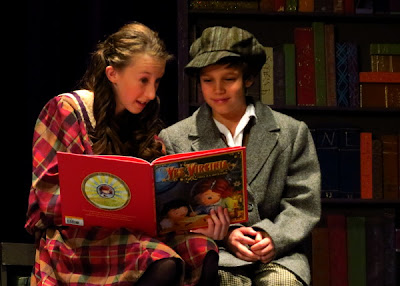 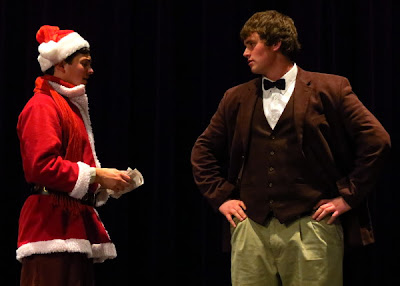 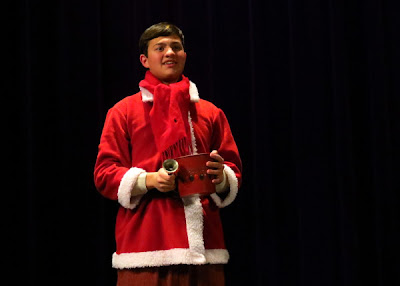 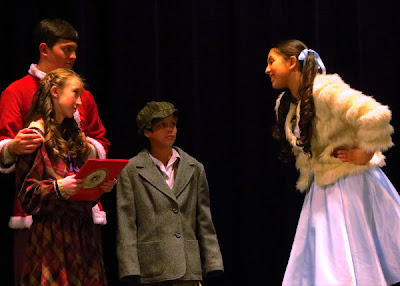 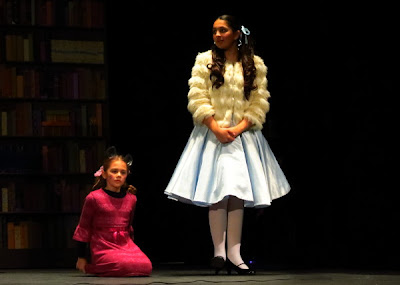