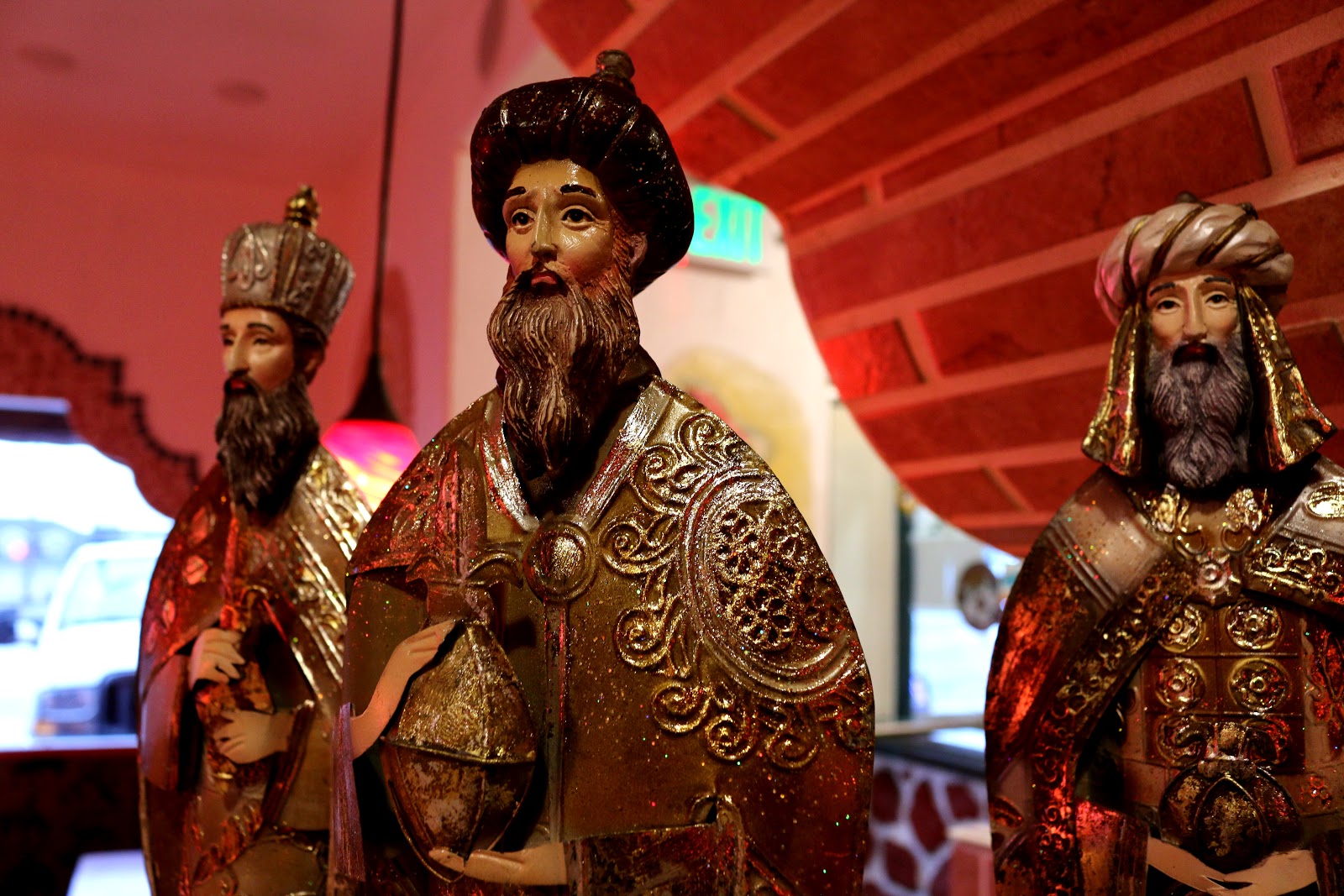 These three magi figures were standing in a Mexican restaurant in Newport, Washington. Artistically, I thought they were quite beautiful. Culturally, these statues made me wonder about the magi of the Bible. The word magi comes from the Greek magos, meaning magician. By definition, the magi would have practiced some form of magical arts from the ancient world. According to one source, this term referred to certain followers of Zoroastrianism of ancient Persia. This word could also refer to people who possessed astrological or esoteric knowledge. Yet strangely, English translations of the Bible almost always change the original word to read as 'wise men.'

Personally, I prefer the original version. They were not simply 'wise men,' but scholars of magical wisdom from another age.
Posted by Barry Moses (Sulustu) at 11:54 PM