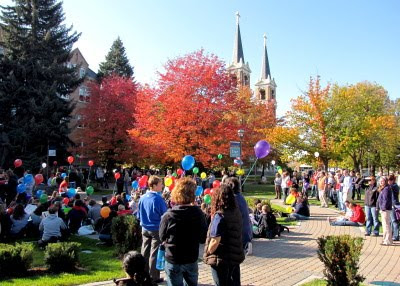 Yesterday, the folks from Westboro Baptist Church staged a handful of hit-and-run protests at college campuses throughout the Spokane area, including Gonzaga, Whitworth, and Eastern Washington. They even protested a high school and a conservative Bible college. The Kansas based church has gained a toxic reputation for it virulent anti-gay rhetoric and its practice of protesting military funerals. According to Westboro Baptist Church, God is punishing America for its tolerance of homosexuality.

Some time between my various meetings and daily appointments, I had the chance to witness the counter protest at Gonzaga University. When I arrived, hundreds of people had already assembled by the main entrance, many holding balloons and handwritten signs. Despite the large numbers, a palpable silence settled over the crowd. The energy of the moment caused an unexpected wave of emotion to rise within me.

A prayer was offered, but my next meeting was about to begin.

As I drove away, I was struck by the power of so few people to create such a huge reaction. Westboro Baptist Church claims only a handful of members, all from one family, and yet their bigotry overshadows an entire nation. It's difficult to understand. I can only imagine that their visit to Spokane reminds me to treat others with dignity and respect, even those who may disagree with my religious or political ideas.

If indeed we identify anyone as an "enemy," then we are reminded that the same Jesus Westboro claims to honor commanded us to "love our enemies." 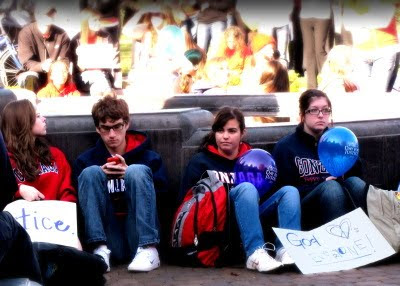 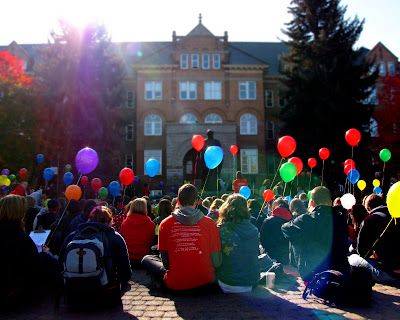 A sit-in on the Gonzaga campus. 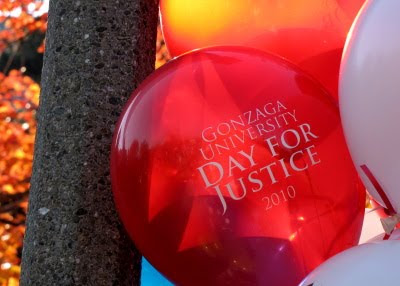 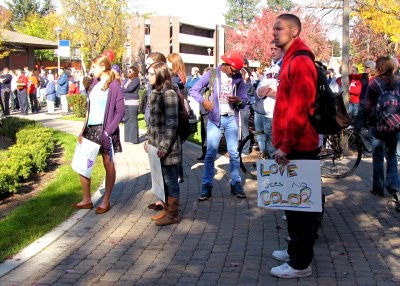 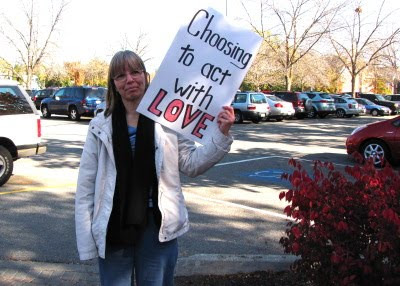 "Choosing to Act With Love." 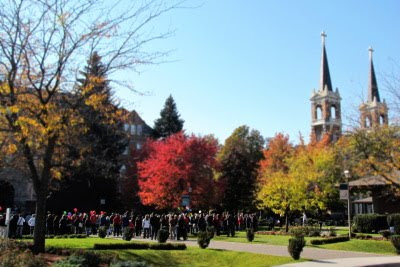 The counter-protest on the Gonzaga campus.
Posted by Barry Moses (Sulustu) at 2:04 PM