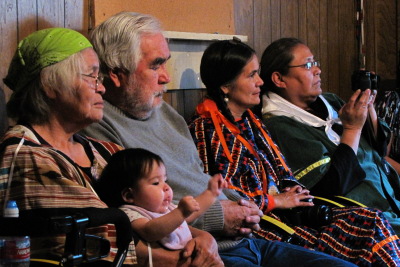 My friend Shelly Boyd organized a Salish language gathering at the Louie Longhouse in Inchelium, WA. Fluent speakers from throughout the Salish cultural region gathered to speak the language, to sing, and to tell traditional stories. Young and old alike dressed in traditional clothing and glimpsed an old way of life. 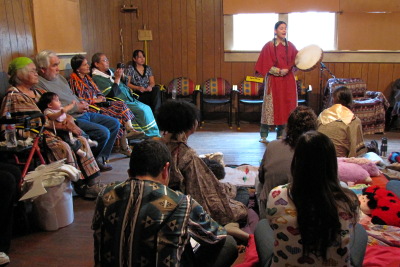 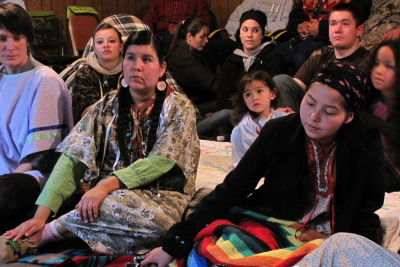 In some ways, the event reminded me of my childhood when I used to hear the elders speak at community gatherings. But even more than the past, the Salish event gave me hope for the future. A group of children listened to the stories and spoke to one another in the language. 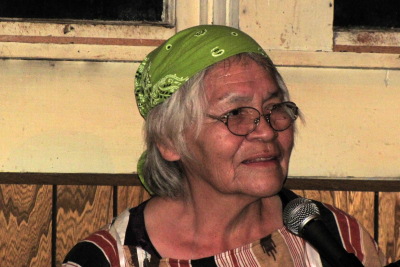 Samteetsa is an elder from Canada who also told traditional stories in the language. 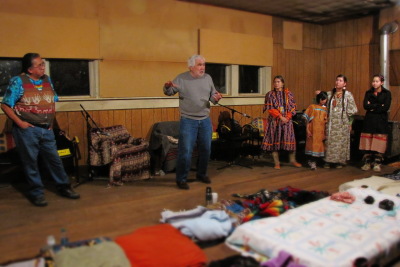 Andy Joseph and Herman Edward shared their knowledge with the group.
Posted by Barry Moses (Sulustu) at 9:27 PM