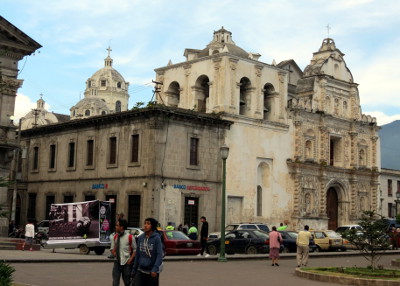 When we stopped at the Rotonda, we saw that the door to the LDS Church was open. This is the chapel known as El Bosque. Rhonda suggested that we go inside. We saw other cars parked on the basketball court, so we parked there as well. We were in the building for only a few minutes, just long enough to use the bathroom and to reminisce about old times, but when we tried to leave, we saw that dozens of other cars had already parked behind us. Apparently a conference was just about to begin. By the time we asked people to move their cars, the conference already started. We would have to stay until the end of the conference two hours later.
Hermana Yanet de Castillo was expecting us to arrive in Colomba by 5:00 that night. Now that we were stuck behind all the those cars, there was nothing to be done. We would just have to wait. We even tried to call Hermana Castillo to let her know about our delay, but no one answered.
For just a moment, I stood there fretting about the next two hours, but then a microbus stopped at the curb and a man jumped out to holler the destination: Parque Central (Central Park). I motioned for Rhonda and Dakota to follow and all three of us jumped aboard the tiny, dilapidated bus. Anyone who has traveled in Guatemala knows the buses; you are squished like sardines with friends and strangers alike. Most of the them have no air conditioning, so the ride is hot, dirty, smelly, and uncomfortable, but it's all part of the experience that I wanted to share with my family. That part hasn't changed in twenty years. 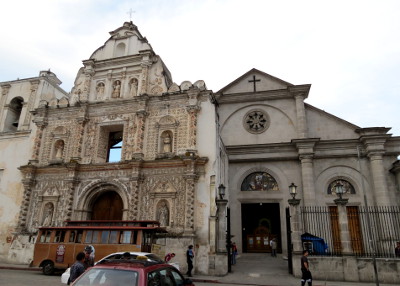 We arrived at Central Park and I was so happy to share the sights with Rhonda and Dakota.
There is so much history. For example, this old Catholic church was built in the 1500s, but it was largely destroyed by an earthquake a few hundred years later. Only the facade remained. The surviving portion of the church was preserved because of the artistry and beauty and the new church was built directly behind. 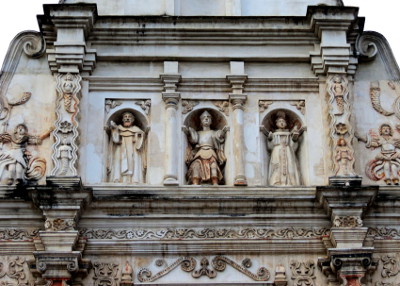 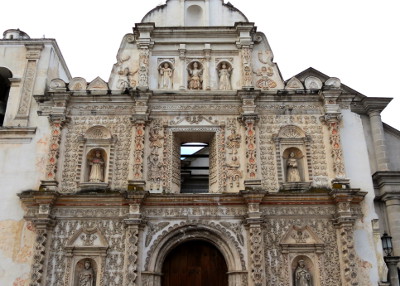 Years ago, my father and I took a picture
in front of these great doors. 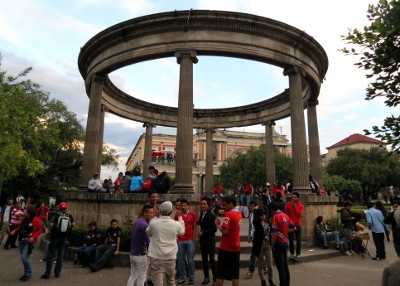 When we arrived, the park was bustling with young people. 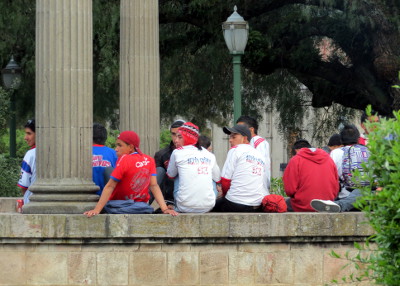 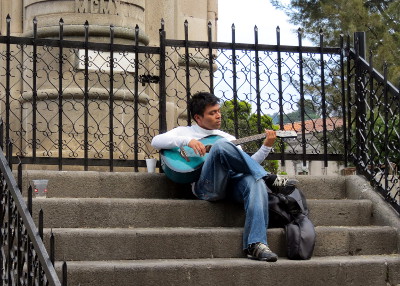 A man was playing the guitar. 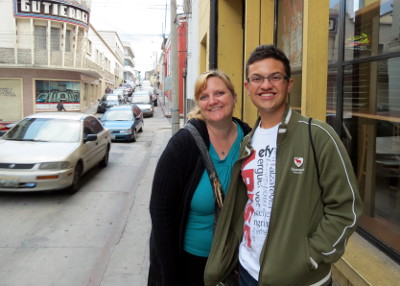 Rhonda and Dakota stood to pose for this picture on one of the many narrow streets. In this picture you can see the cars passing just a few feet away.
Posted by Barry Moses (Sulustu) at 8:13 AM