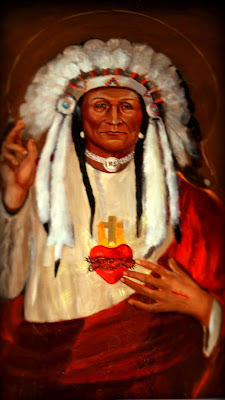 My daughter and I also visited St. Ignatius on the Flathead Indian Reservation. More than anything, I wanted to see the painting Christ as an Indian Chief, which was featured on the cover of Chad Hamill's book, Songs of Power and Prayer in the Columbia Plateau. This image absolutely fascinated me because of the syncretism of Native American and Catholic imagery. 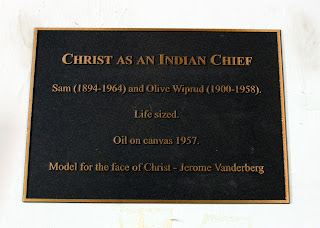 I was also surprised to learn that the painting was modeled after Jerome Vanderberg. 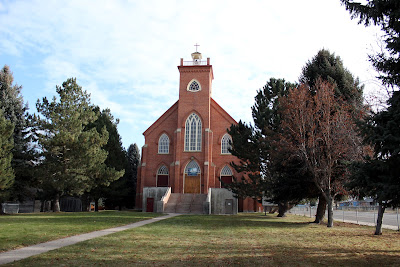 The front of St. Ignatius. 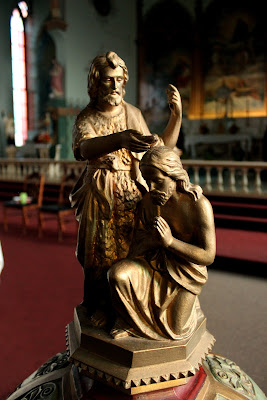 The interior of the church was filled with religious artwork, like this statuette depicting the baptism of Jesus by John the Baptist. 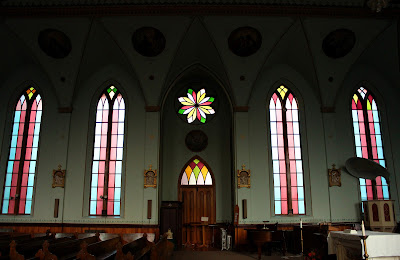 The windows of the church. 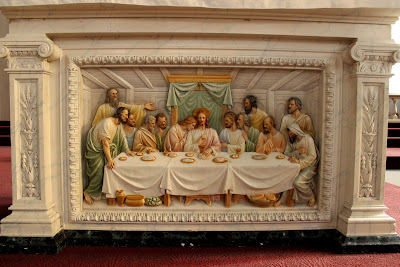 The Last Supper depicted on the main altar. 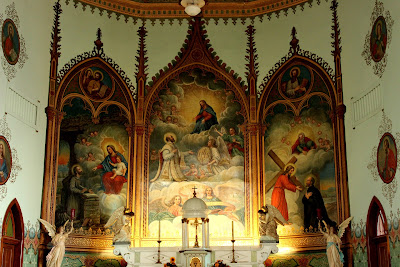 Frescoes painted on the wall behind the altar.
Posted by Barry Moses (Sulustu) at 9:26 PM