The Dark Side of Venus 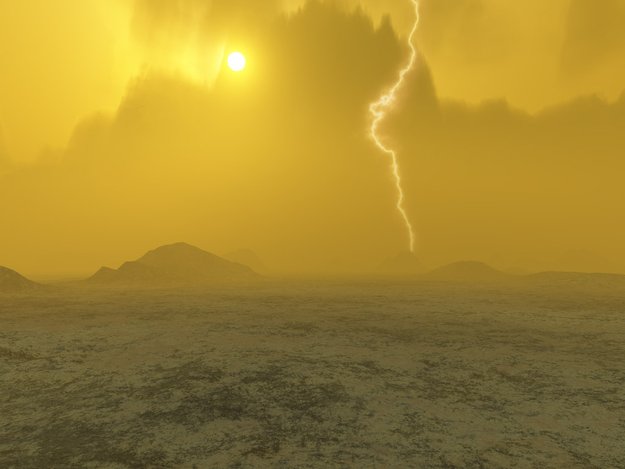 Two nights ago, I dreamed that I embarked on a long journey to the south, but a wickedly powerful dust storm blocked my path. This kind of storm seemed more suited to Arizona or some other desert location, but not Spokane. The image of my home town covered in billowing clouds of hot sand was surreal and otherworldly.

For a while, I battled the blinding sand, but I finally stopped. Then I got angry and found my clarity. I said, "Why should these storms block my path when I can fly?"

Like a rocket, I flew straight up into the sky. I passed through the heart of the sand storm, and eventually emerged through the top of the clouds. When I broke free of earth's atmosphere, the stars appeared in brilliant clarity. It was an awesome sight!

But then the spirit said, "There's something you have to see."

Still flying like a rocket, I was led to the planet Venus. I settled into a low orbit, and when I looked down, I saw the burning, tumultuous clouds of the second planet in our solar system. I was mesmerized by its fiery beauty, but the spirit said, "You need to see the storm brewing on the dark side of Venus." I continued toward the other side of Venus, and I was amazed to see massive flashes of lightning that cracked the face of darkness.