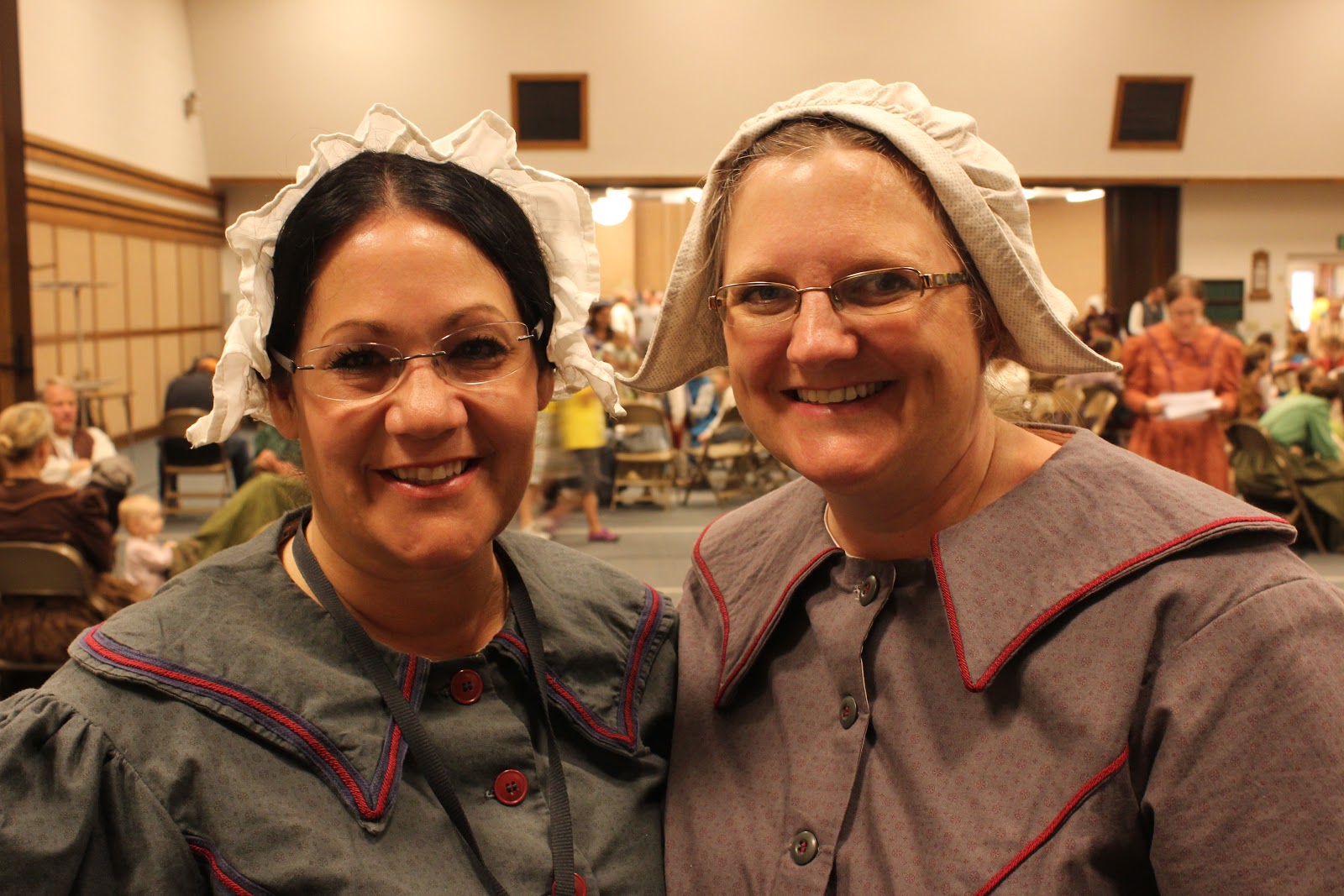 The organizers of the Nauvoo Pageant prepared a "cousin finder" using the LDS genealogical services. If you entered your family tree, the computer would prepare a report showing everyone else in the cast who was related. Supposedly, I was related to the majority of the cast, but most of them were like 12th cousins 7 times removed, through dubious or unproved connections.

On the other hand, Rhonda was 4th cousins with a member of our district, and her connection is solidly proven through their common ancestor James Holt. Now that I think of it, they almost look alike.

Holt was an early Mormon convert who settled in Nauvoo and later served a mission for the church in Tennessee. Through miraculous means, he learned of the prophet's death on the same day, even though he was hundreds of miles away. When the saints traveled west, he settled in southern Utah. Rhonda's grandmother gave us a typed copy of his diary.
Posted by Barry Moses (Sulustu) at 9:12 PM

Very interesting! I saw your TEDTalk video and dropped by on your blog. I am from Indonesia where the regional languages are also dying; I think what you are doing is amazing, and I hope you continue what you do.