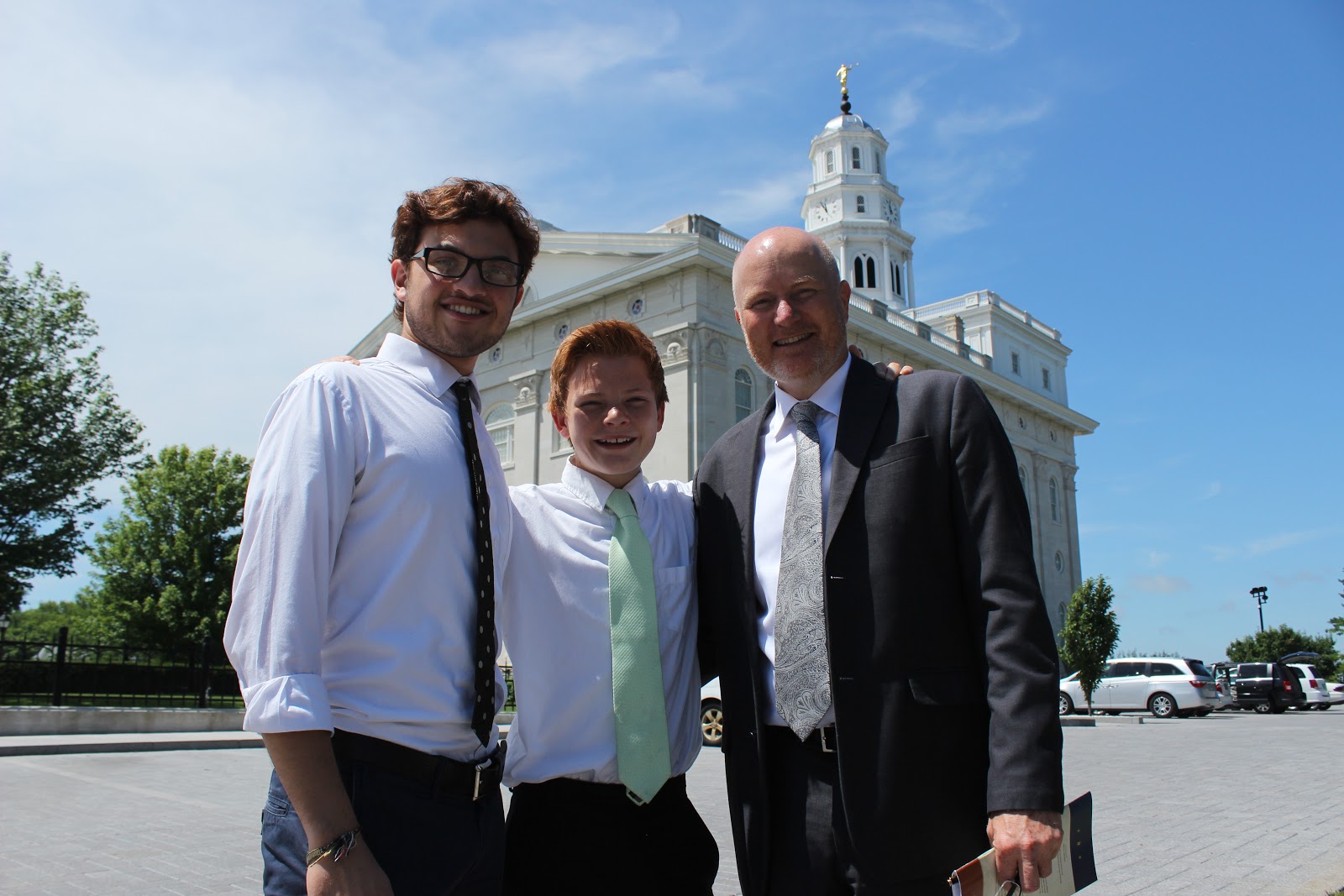 Our first Sunday in Nauvoo, we attended one of the local wards. Sacrament meeting should have held two or three hundred people, but the influx of Mormon tourists increased the attendance to well over a thousand people. In a way, Nauvoo is like a pilgrimage destination where the faithful go to experience the early history of the church.

After the meeting, we walked to the temple.

Rhonda's brother and his family were performing in the Nauvoo Pageant the week before us. We usually only get to see them once a year or once every other year. But since our casts overlapped, we got to see them more often. It was nice to see familiar faces in such a faraway land. The picture above shows Dakota with his uncle and cousin. 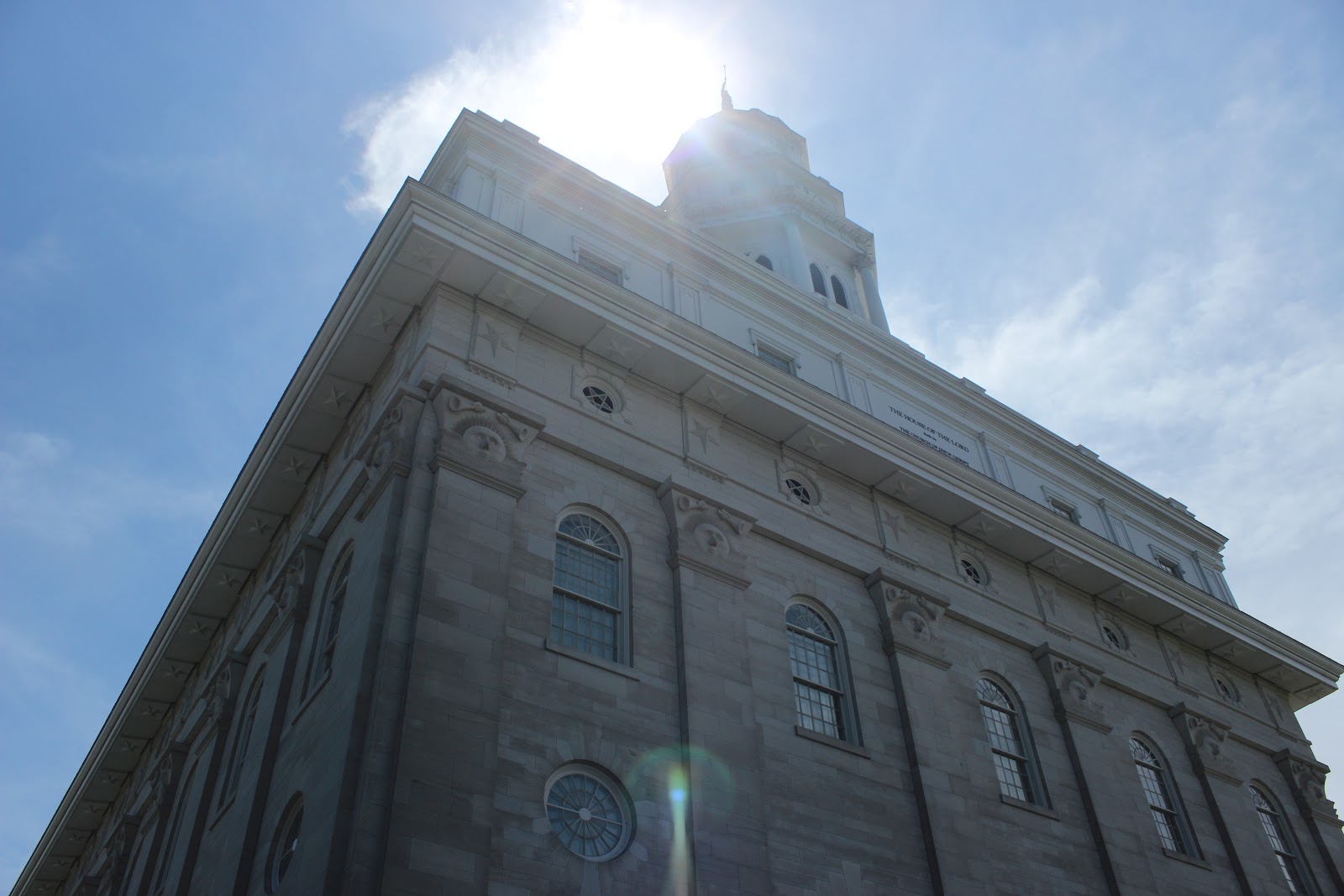 The original temple was built in 1846, but was soon destroyed by arsonists. The remaining walls were later toppled by a tornado. The church rebuilt the temple in 2002. 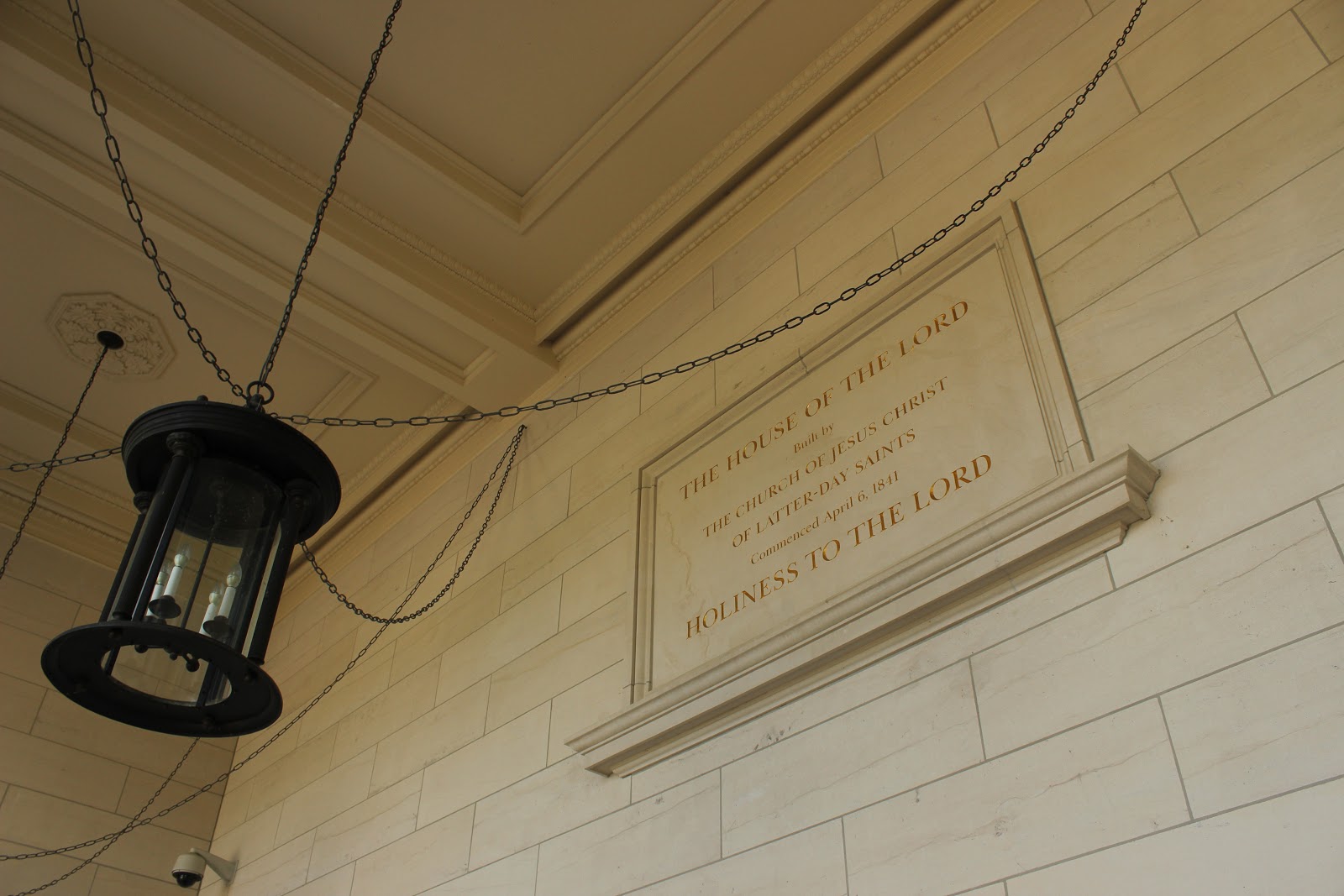 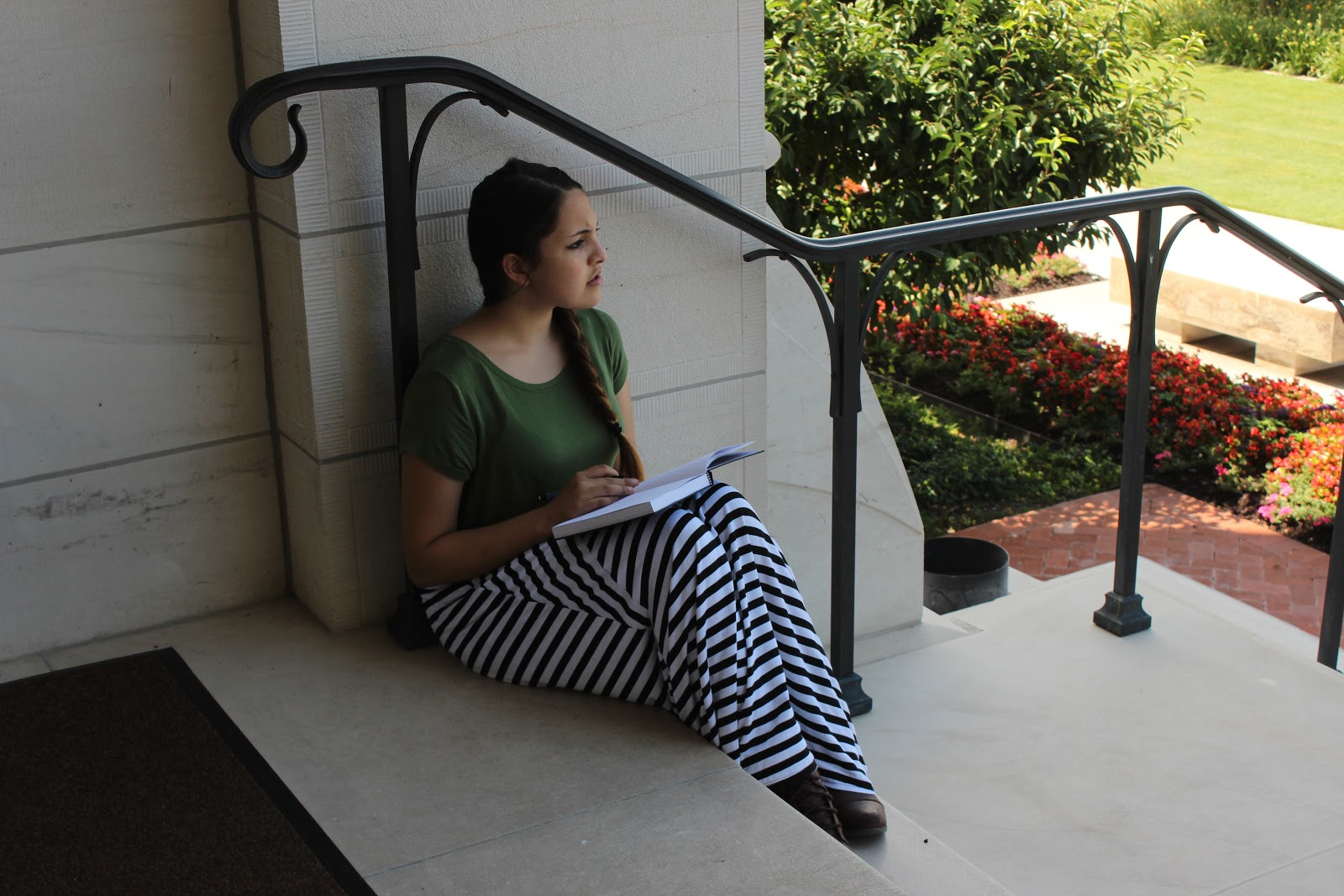 Whitney took some quiet moments
to meditate on the temple steps. 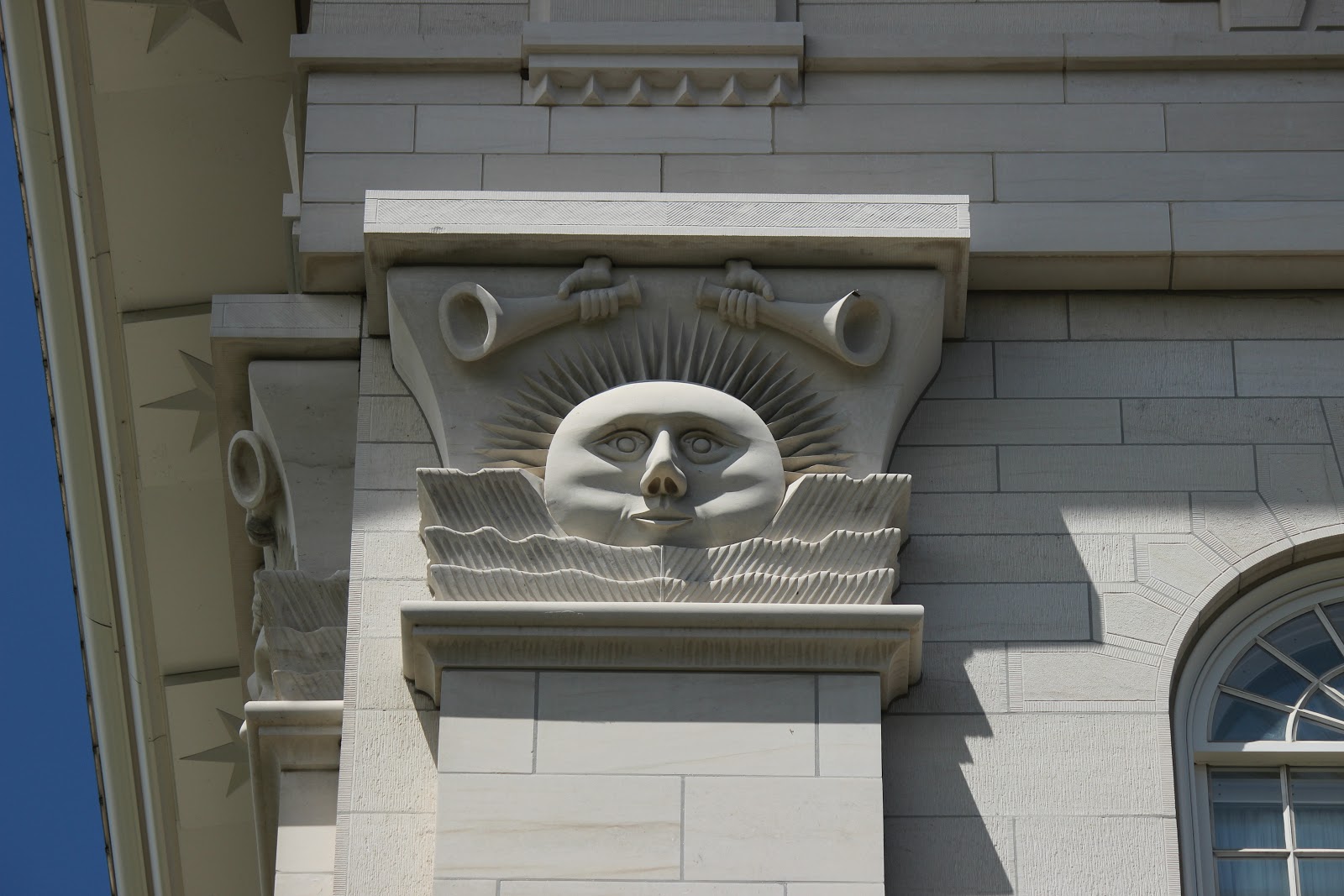 Stylized "sun stones" stand atop each pilaster of the temple. 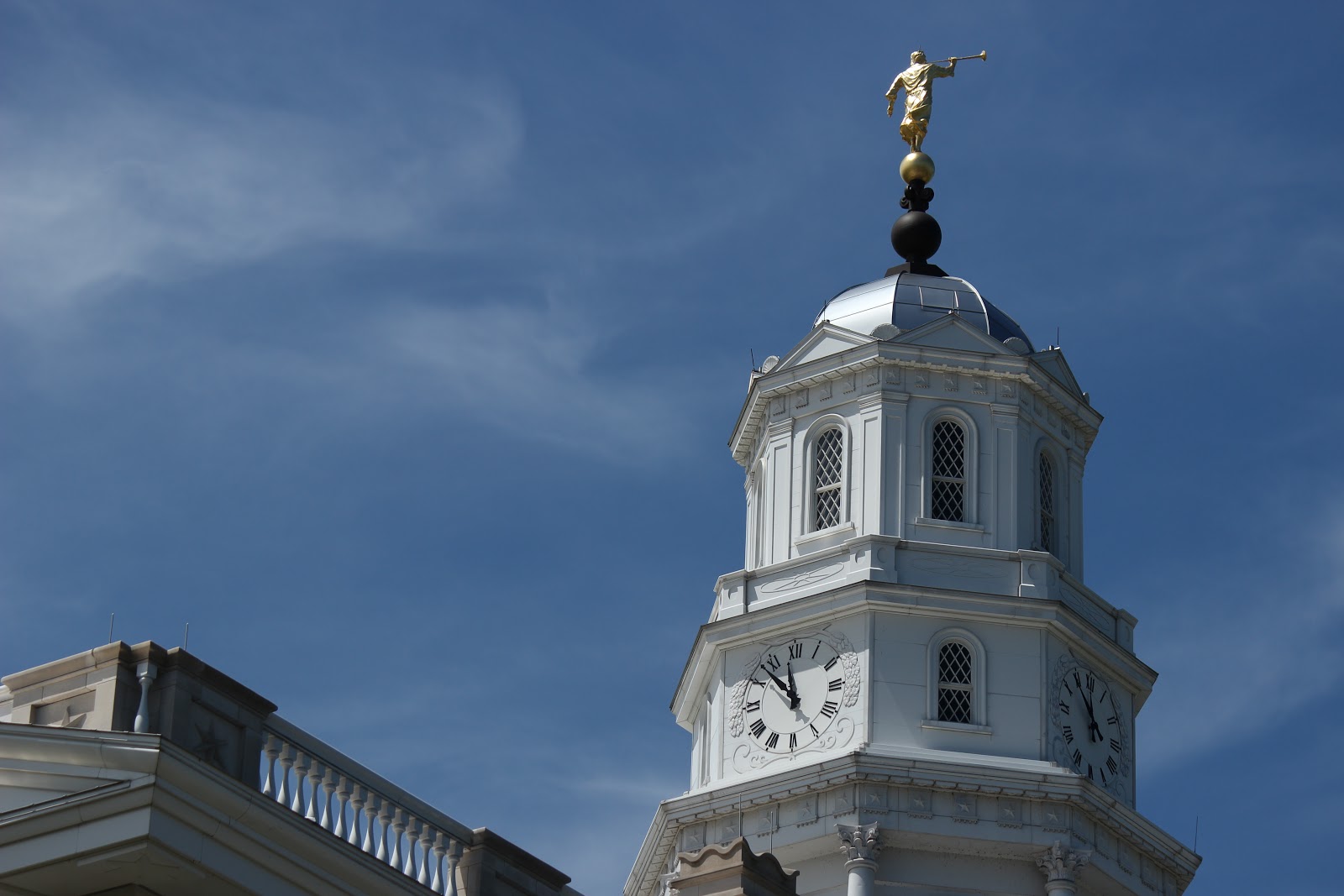 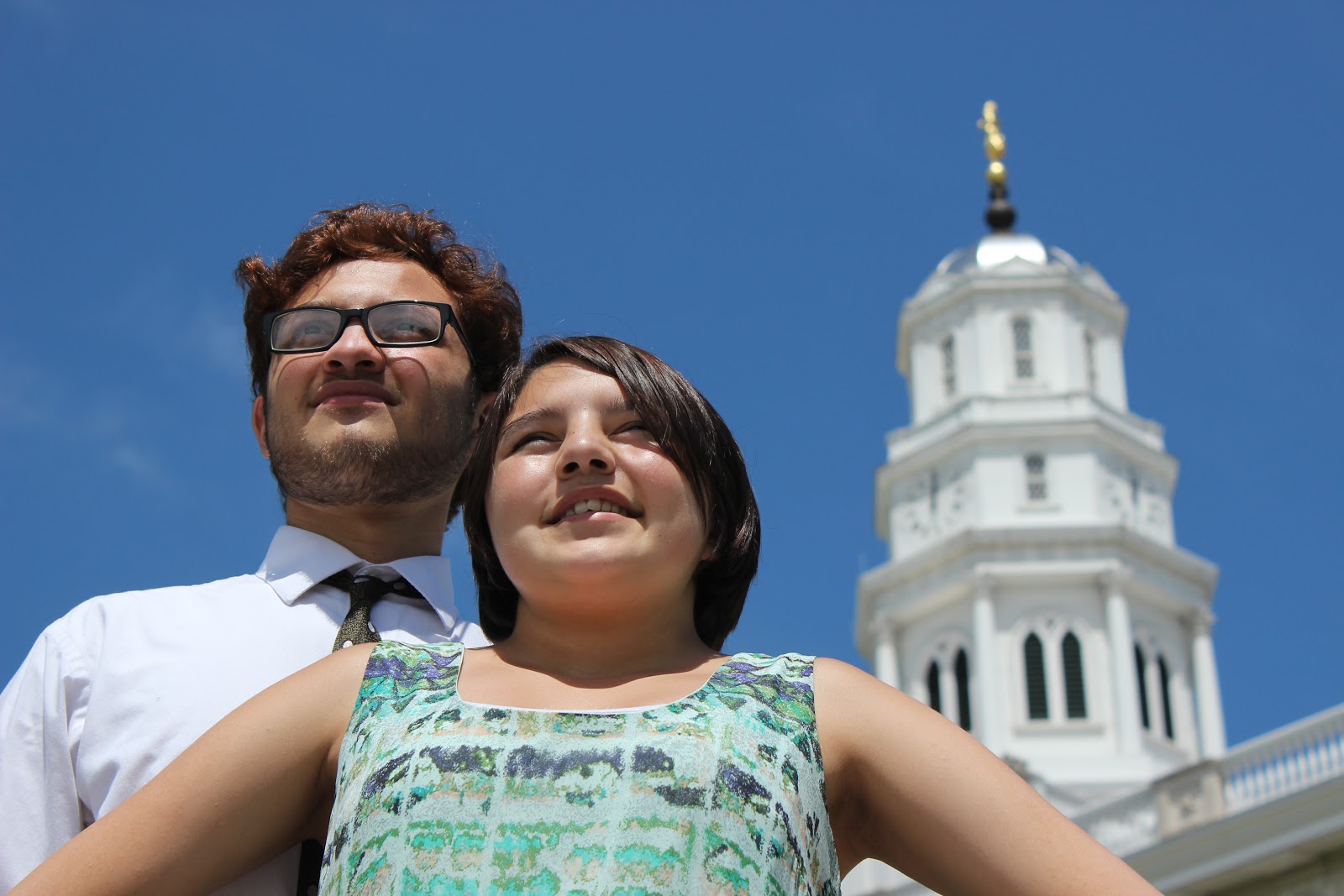 Dakota and McKenna.
Posted by Barry Moses (Sulustu) at 5:29 PM