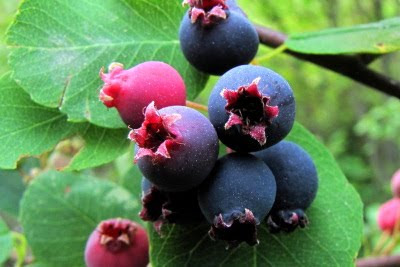 Serviceberries are among the traditional foods of this area, but the last couple harvests have been stingy with me. Two years ago, I kept a watchful eye on several large serviceberry shrubs and waited for the berries to ripen. I checked them daily, but on the hour I set aside to pick the berries, a flock of 40 or 50 birds descended and gorged themselves. They literally cleaned the bushes right in front of me. As soon as they finished one bush, they continued to another, and then another. It was bizarre. I had never seen such a thing.

Then last year, I also watched every day for the berries to ripen. But the hot summer sun must have wilted them all. One day they were just about ripe, and the next day they shriveled on their branches like calcified raisins.

This year, all my usual picking grounds were completely barren. Nothing.

This forced me to seek berries in other locations. By chance, I happened to visit some friends who own several acres north of Spokane. Their land is covered with hundreds of serviceberry bushes, all of them drooping from the weight of the berries. Praying that the birds would not beat me to the harvest, I asked my friends to keep an eye on their ripening.

I was finally able to pick berries on Sunday and again today. The stinginess of the last couple years transformed itself into great abundance. In just a few hours, we picked almost four gallons. But the harvest came with a price. Thousands of mosquitoes guarded the area and fell upon us with a vengeance. We used insect repellent, but my daughters came home with hundreds of bites on their arms and legs. Oddly, I came home without a single bite. At the end of the day, my oldest daughter insisted on showing me the bites on her body. She pointed her finger at me and scolded, "This is all your fault!"

Hopefully the sweetness of the fruit will make my daughters forget their suffering. 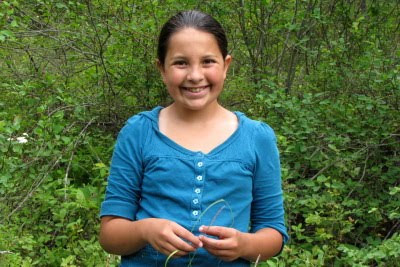 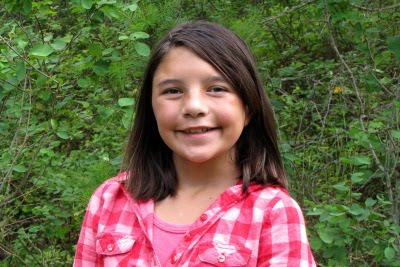 My daughters (before they noticed the mosquito bites).
Posted by Barry Moses (Sulustu) at 10:32 PM

gorgeous berry picture! it looks like it should be in a magazine

Thanks. The whole time I was picking berries, I was also framing the best possible photograph in my mind. Glad it turned out okay.

Poor girlies. :-( I know what it is to be loved by mosquitos. I'm sure the day will be remembered for much more than that though. Your kids are lucky for the memories you are building with them!

Carole, we haven't reached the "positive memory" stage. Hopefully we'll get there someday. :)

I am curious. What do these berries taste like and what do people do with them? Are they eaten fresh or baked into pies etc?