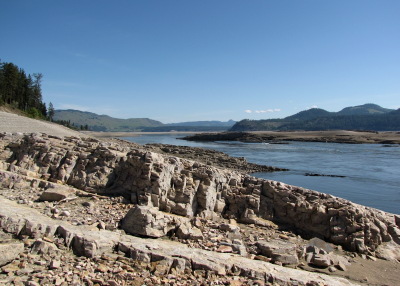 For over 9000 years, Kettle Falls were essential to the livelihood and spirituality of many nearby tribes. All of that changed during the 1930s when the federal government constructed Grand Coulee Dam and created Lake Roosevelt. The flood waters completely submerged the falls and destroyed the salmon runs. We no longer depend upon the falls for our survival, but many of us still remember the spiritual significance of that place.
This year the water was reduced to one of the lowest points since the construction of the dam, exposing the island in the heart of the river. The waterfall itself was still not visible, but the water moved more quickly than normal, though not quite as powerfully and freely as it once did. 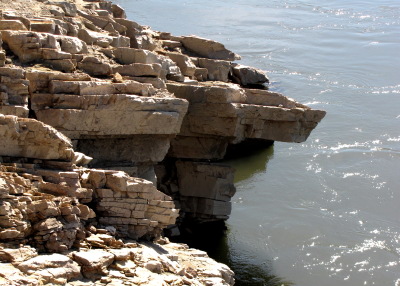 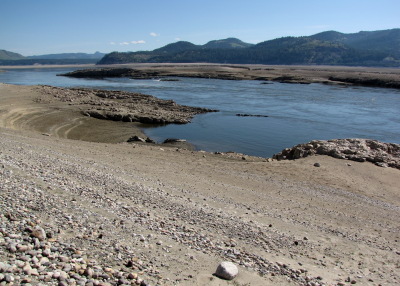 Hayes Island is exposed in this photograph. Soil erosion from Lake Roosevelt is visible on the shoreline in the foreground. 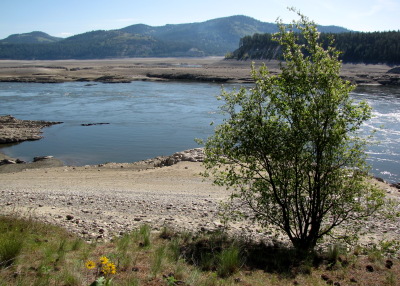 A lone serviceberry tree overlooks what remains of Kettle Falls. The plain on the upper left of this picture was once the site of Fort Colville before it was also flooded beneath the waters of Lake Roosevelt. 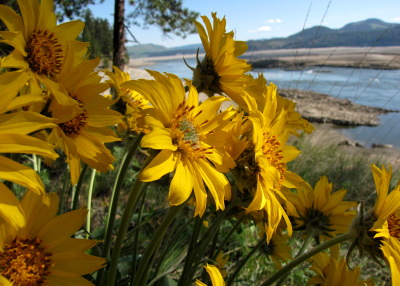 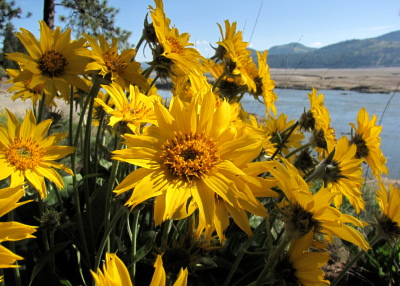 Flowers look over the Columbia River. 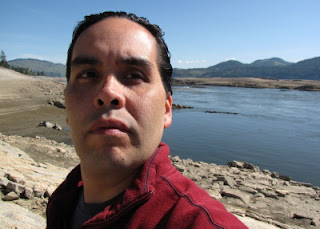 When I heard about the lowering of the river, I felt compelled to see the island and the surrounding rapids. Years ago my father camped on the island. Ever since that time, I have been drawn to return. Maybe someday I will also have the opportunity to camp on the same spot as my elders.
Posted by Barry Moses (Sulustu) at 3:39 PM