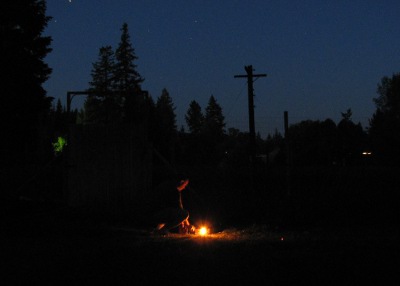 This is the second year we went to Stevens County for the 4th of July - a place where fireworks are still legal, and where my friend John purchased over $400 worth of rockets, fountains, and other exploding things. I suppose it's worth the trip to hang out with friends, eat barbecued hamburgers, and watch someone else burn their money.
Almost equally entertaining, I got to experiment with taking pictures of the fireworks with different shutter speeds. A few of the pictures turned out with some interesting effects.
The first picture is actually one of my favorites, though it's certainly less exciting from the standpoint of the light show. The exposure time was 15 seconds, but John had a hard time lighting the rocket, so the picture looks like him sitting still by a small campfire. It reminds me of the primal fascination with fire we most certainly inherited from our first ancestors. 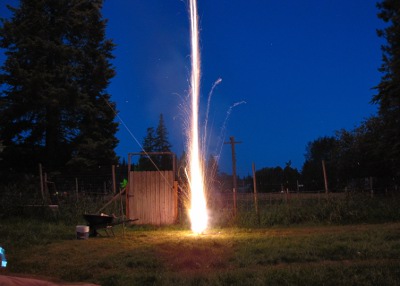