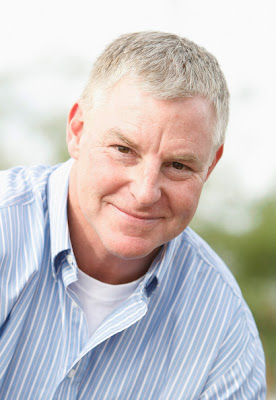 It seems I’ve neglected to write about my dreams lately.

Well, last night I had a strange little dream with an even stranger connection to waking reality.

In my dream, I sat in the very back row at an Assembly of God church during worship service. I’m honestly not sure why I attended, but someone asked me to say a few words about my belief in God. In the end, I didn’t say much, mostly because I feared my vision of God would conflict with the view held by most of the people in attendance. Instead of speaking, I sang a Native American song from the winter dance.

When I finished singing, a middle-aged man stood and spoke to the congregation. He wore blue jeans and a long-sleeve button-up shirt without a tie. His hair was very light, almost gray. He spoke with subtle authority or strength when he said, “Hello, my name is Chuck and I’m Sarah Palin’s brother.”

When I heard those words, I felt my heart skip a beat. What would this man say about me and the song?

Chuck opened his hand toward me as he spoke to the congregation. With a quiet conviction he said, “What this man has done is a blessing. He has brought the Spirit of God into this room and all of you are witnesses. This is what our country needs more than anything else. This man is bringing God back to America.”

His obvious admiration caused me no small amount of discomfort. Was he aware of the way Christians have persecuted Native American religions as pagan or heathen? Did he realize my understanding of God probably differs from his understanding in significant ways? Did he know I’m a Democrat? Unfortunately, I woke up before I could see the ending. I never got to have this important, though potentially difficult conversation with Sarah Palin’s brother.

This dream confused and perplexed me. It seemed so vivid and real, and yet I can hardly imagine such a scenario actually coming to pass.

When I got up this morning I decided to do a little investigation. A quick Google search revealed that Sarah Palin in fact has an older brother named Chuck Heath, Jr., and a little more digging turned up recent photographs of Chuck on the campaign trail for the governor. To my amazement, he looked exactly like the man in my dream, right down to the way he dressed. This is so bizarre because I've never seen any reference to Sarah Palin's family of origin in the media or elsewhere. Where did this dream come from, and how did it accurately portray so many details?

To all my friends and relations reading this blog, I invite you to submit an interpretation of this dream. Please leave a comment.

still thinking
don't give up just yet...pretty powerful waiting for them to let me know when it is ok
janet

That was an extraordinary and prophetic dream, Barry. Seems you're in a good, or questing, place in your life. We all are. Especially in recent days. The spirit quickens.

The congregation and setting is not adversarial per se, but represent the catholicity of the nation and beyond, over which a new spirit, a new day, is dawning. That new dawn is expressed, with some trepidation, as is meet a loving and newborn spirit, but with growing strength, in your song. I think you have an angelic role here... a messanger, filled with a powerful light.

Perhaps Chuck represents ecclesiastical authority, although from an unexpected quarter. Somehow you intuited his pastoral soul, the soul of a elder brother. His benediction suggests as much.

I think the dream ended appropriately... with a question. Will the world accept the grace before it?

I like your blog, which I came across at From The Faraway Nearby, another place in the virtual commons I frequent and enjoy.

Thank you Joe... I sincerely appreciate your thoughts on this most perplexing dream. I have a feeling your interpretation is probably right on.

Thanks for checking in.