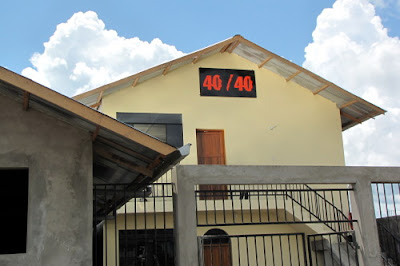 So far I've blogged about the scenery, the hotel accommodations, the transportation, and most certainly our misadventures in far-flung airports throughout South America.

Now it's time to address the reason for my trip.

About fifteen years ago, I met Sheli Yerkes (Gartman) when we both attended Spectrum Trainings, Inc. in Boise, Idaho. Spectrum was a powerful personal growth experience for both of us, and since that time, we staffed a number of trainings together. After Spectrum closed, we also co-created our own workshop experiences.

A few months ago, Sheli called to say that she planned to facilitate a series of workshops in Peru. "Do you know anyone who speaks Spanish?" she asked.

That conversation opened a door for us to create a new workshop experience in Peru.

Sheli is a member of the Nazarene Church. The Nazarenes have created a missionary program called "Extreme Nazarene" (hence the title of my blog posts). The organization creates partnerships between missionaries from the United States and missionaries from the host country for about 27 months. Of course, they evangelize in their chosen areas, but they also engage in charitable work, as I mentioned before.

Initially, I had some reservations, especially because I'm not Nazarene. But Sheli supported me through my decision-making process. 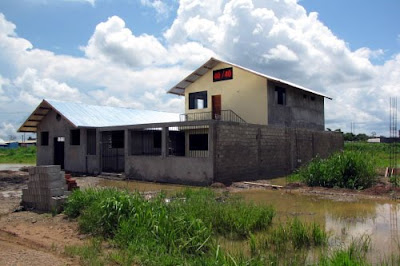 The missionaries live together in a house connected to the church. The 40/40 sign on the building has reference to the name or title given to the missionaries. They often introduce themselves as, "My name is ____, I am a 40/40 missionary." 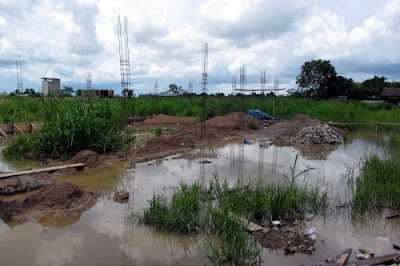 When we arrived, a recent rainfall had flooded the church and living area with water. This became a serious problem for the septic system. Quite honestly, I'm not sure how they plan to resolve this situation. 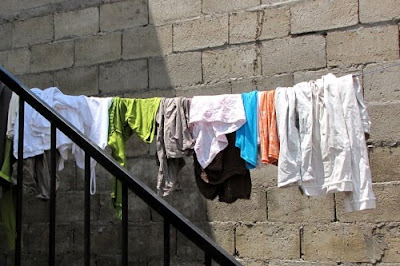 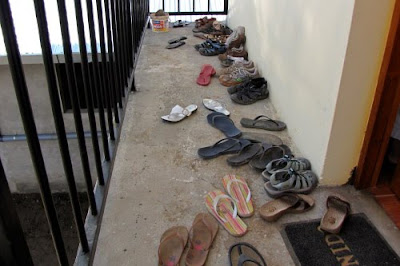 I love taking pictures of the way people naturally live in their environments, like these pictures showing the laundry hanging out to dry, or the shoes piled up outside the door.
Posted by Barry Moses (Sulustu) at 9:09 AM