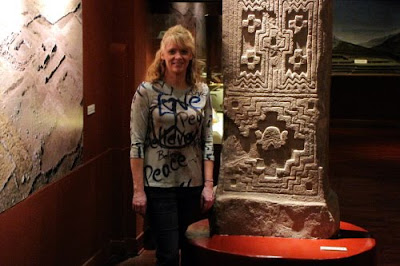 On our last day of travel, we had the opportunity to visit El Museo Nacional de Arqueología, Antropología, e Historia del Perú (The National Museum of the Archaeology, Anthropology, and History of Peru), located in Plaza Bolívar. The museum is housed inside the former residence of the Viceroy of Spain. In this picture, Sheli is standing next to an ancient stone carving. 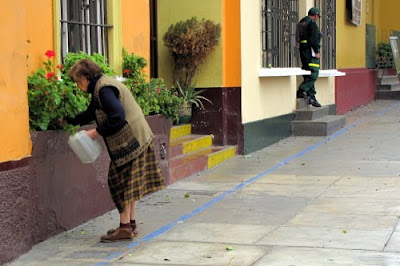 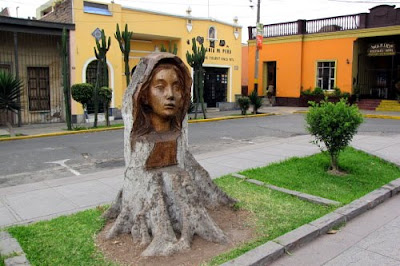 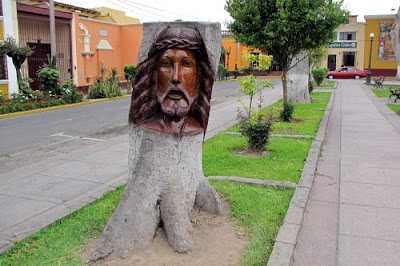 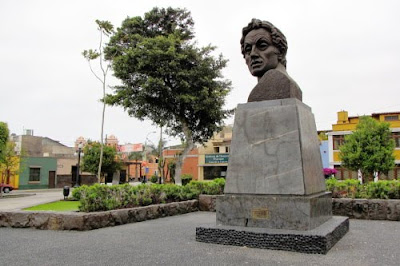 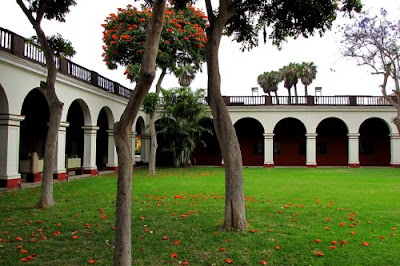 Inside the Viceroy's residence. 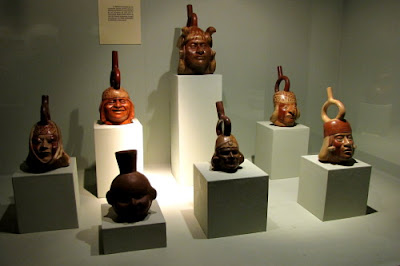 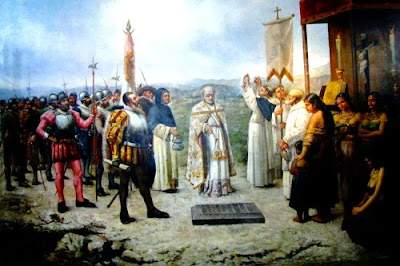 The founding of Lima. 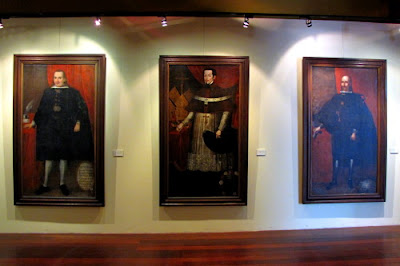 The Viceroys of Spain. 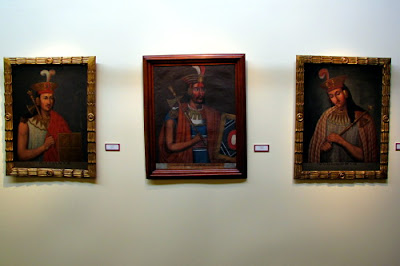 The Incan Kings.
Posted by Barry Moses (Sulustu) at 6:46 PM