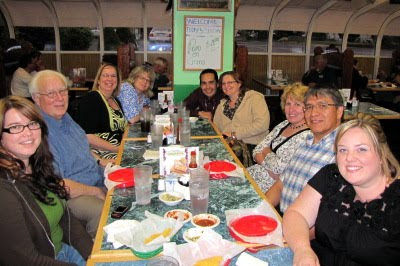 June 16th was my wedding anniversary.

Rhonda and I have been married for 16 years, but we first met 20 years ago. It's strange to think that I've known Rhonda for more than half my life! We were first introduced by mutual friends who were convinced we were meant for one another.

Our first meeting took place in the Kentucky Fried Chicken on Francis, which is now a Mexican restaurant. In honor of our meeting, we had our anniversary dinner in that same room.
Posted by Barry Moses (Sulustu) at 1:53 PM