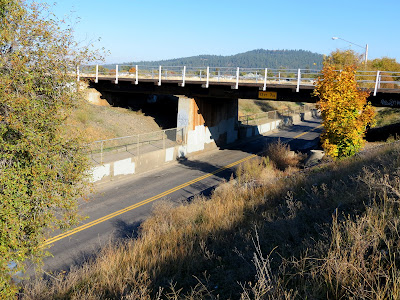 For the last year, I have worked at the Hillyard Adult Education Center, perhaps a mile away from my father's childhood home. In fact, less than two blocks from my office, the street still passes under a train bridge that my father would have seen every day as he walked to school. Likewise, I drive under that bridge daily as I go to work, and of course, I think about my dad.

Ever since I transferred to the Hillyard Center, I have thought about retracing my father's footsteps under that bridge, but it seems like I'm always rushing from one place to the next. It seems like I never have the time to stop. However, the Department of Transportation is planning to move the tracks for the new freeway, so the appearance of the site will no doubt change. I decided to go now. As I left my office last Thursday, I walked the block and a half to see my father's old walking trail. 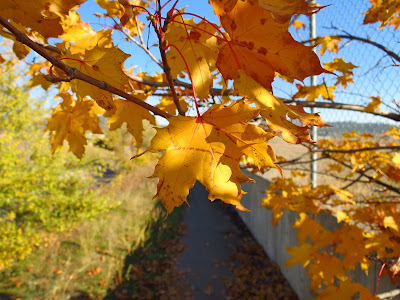 When I arrived, I saw that one of the old sidewalks was partially reclaimed by nature. A young maple tree had pushed through a crack in the cement, and was now dropping orange and yellow leaves. 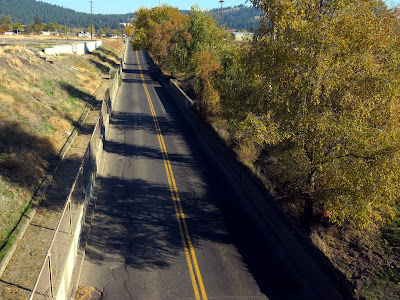 At the end of the sidewalk, I was able to get a good view of the road from above. 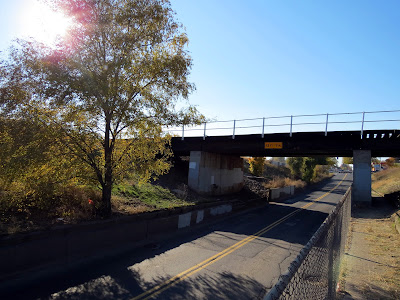 My great aunt once told a funny story about my father and my uncle Pat.

They were cousins, but they were only a year apart. In many ways, they acted more like brothers than cousins. One day, they walked home from school, and when they got to the underpass in this photograph, a car drove by with a group of five or six teenage girls. My father flashed his goofy, toothy grin and waved enthusiastically. My great aunt said he was always a little crazy that way. He was certainly uninhibited.

My Uncle Pat had a different sense of propriety. Embarrassed by my father, he ditched his younger cousin, ran all the way home, and complained to my Yaya Messie, "Why does Ed always have to act that way? He's so embarrassing!"

When my father got home, he responded, "What are you cryin' about? It's just a little entertainment."

When I heard this story, I really laughed - in part because I could practically hear my father saying those words - it seemed typical of his personality - but also in part because it was difficult to imagine my uncle acting like a little boy instead of the community leader he is today. 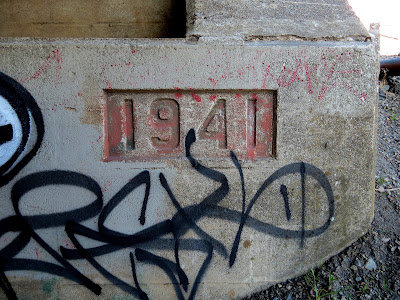 The bridge was built in 1941, about seven years before my father was born. 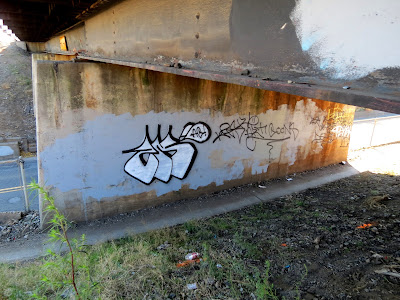 The surrounding culture has changed since my father was a child. His neighborhood was always considered the "other side of the tracks," quite literally in fact, but now the area is covered with graffiti and gang-related tagging. 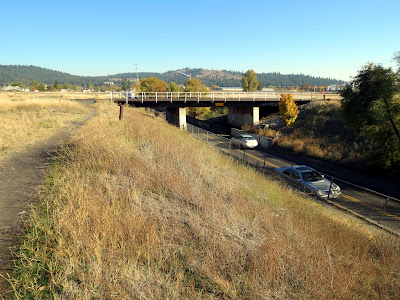 This is just a simple underpass, but it's imbued with memories. I'm almost sad to see it change. 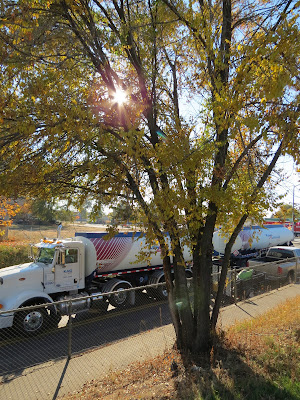 A gas truck enters the underpass and is partially hidden by a young tree. 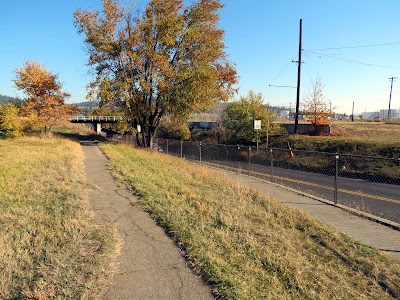 The old sidewalks diverge, one going under the bridge, and the other leading to the concrete foundations of buildings that no longer stand. 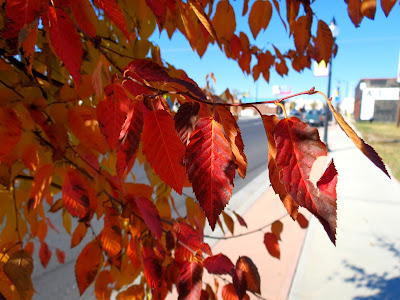 The Hillyard community has done some amazing work revitalizing the area. This tree was planted along Market Street as part of that effort. 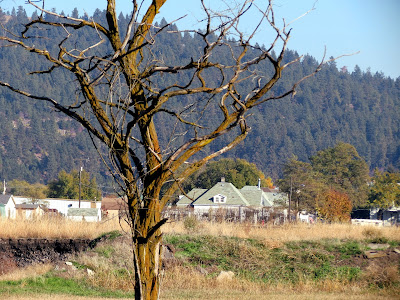 My father's old neighborhood is still visible beyond this old tree. 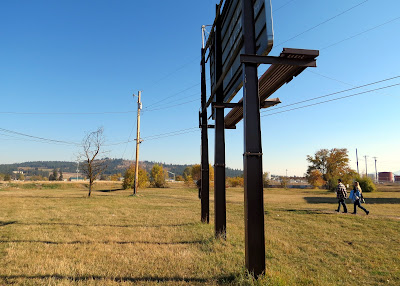 A couple walks past a large billboard near the underpass.
Posted by Barry Moses (Sulustu) at 4:07 PM