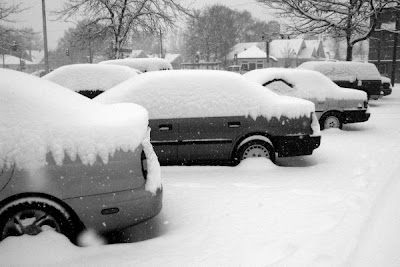 Well, the weather outside is frightful...

When I entered my work building this morning, the ground was cold and completely clear. Four hours later, I stepped outside and saw a world transformed, covered with more than four inches of light, powdery snow. 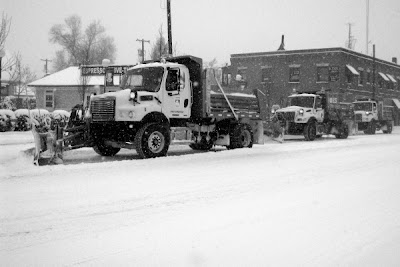 At 2:00 this afternoon, the plows had already begun clearing Monroe Street. 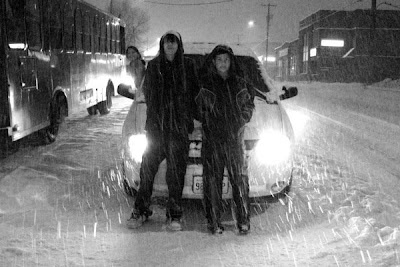 At 4:30 this afternoon, we made the mistake of driving to downtown Spokane. By that time, the abundant snowfall and rush hour traffic combined to create treacherous driving conditions. A radio news announcement reported more than 200 accidents around town.

When we reached Washington Street, just north of Riverfront Park, southbound traffic reached a complete standstill for more than an hour and a half. Trapped in the gridlock, we got out of our car and simply enjoyed the sights. 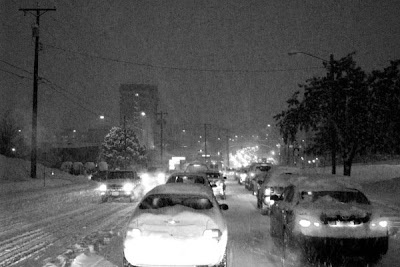 Several cars got stuck on the northbound hill, so Dakota, Derrick, and I played the part of Good Samaritans and pushed. We managed to help three or four cars, but one vehicle slid into a snowbank and got stuck beyond our ability to rescue. We then pushed another car to the top of the hill, just as the motor popped and started billowing toxic smoke. 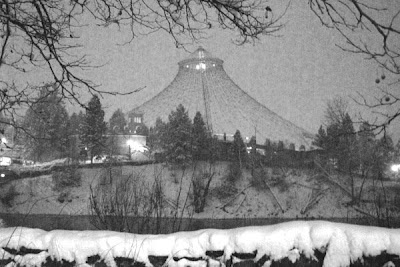 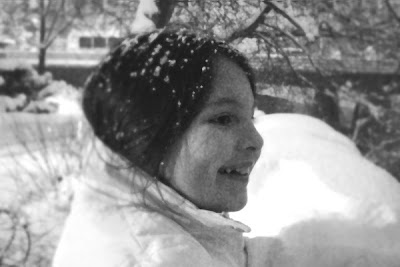 After pushing cars up the hill, Whitney and I still had time to walk to Riverfront Park and photograph the American Pavilion. All in all, we took more than four hours to drive downtown and back. On the road home, cars continued to slide, and many businesses closed early.

Yes, the weather IS frightful, but no doubt the world will be beautiful and white in the morning.
Posted by Barry Moses (Sulustu) at 10:59 PM

Gorgeous pic. And, how neat that you all made the best of it. I'm not very good at doing that when totally inconvenienced. =S

Oh my gosh, we had soooo much fun, but only because we had no other choice. I'm not that great at making the best of things either. I've only gotten better at it because I've had a few things I just really couldn't control. "Surrender" makes life bearable.