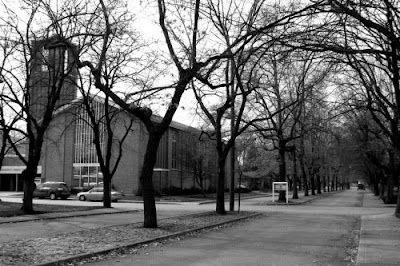 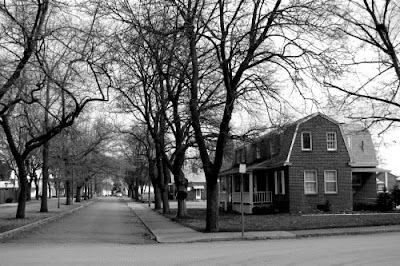 The location inspired a rather random thought about government and city planning. You see, Millwood is a tiny incorporated city in its own right, surrounded like an island by the suburban overflow of Spokane and the city of Spokane Valley. Without some kind of sign to indicate the city limit, one street would simply blend into the next.

And with fewer than 2000 inhabitants, I wonder why such a place bothered to incorporate at all. What benefit to they derive from becoming a city apart from others?
Posted by Barry Moses (Sulustu) at 3:54 AM

If I lived there I think I would enjoy being my own little town within the big city. Plus the town proably gets extra funds from the state because they are their own town.

You're probably right. In a strange way, it's kind of cool to have that little town living like an island amid the bigger town.

I'm not sure how the funding works, though I'm sure they must have their own tax base. How much tax money do you think 1600 people can raise in one year?