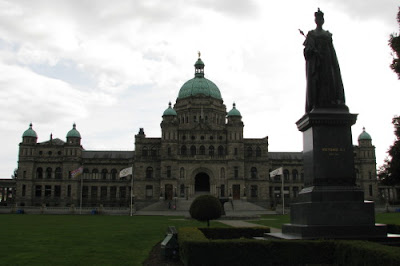 We finally arrived in Victoria several hours later than expected, forcing us to miss most of the attractions for the day. However, we did have time to walk around the downtown district and see many of the nearby sights. Victoria celebrates much of its British history, while contrasting with its indigenous origins and the modern era.

A statue of Queen Victoria stands before the Parliament Building. 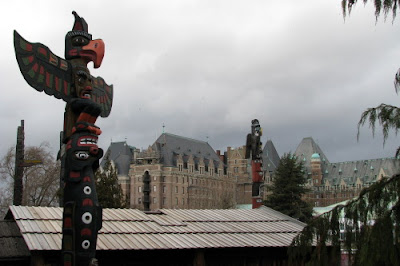 Totem poles contrast with the Empress Hotel in the background. 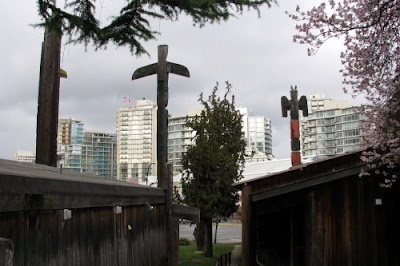 They also contrast with the glass high rise buildings in the background. 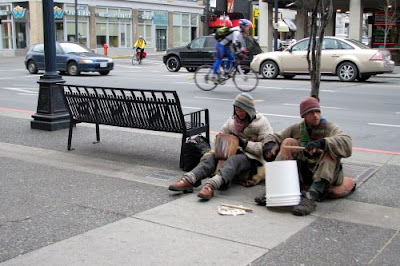