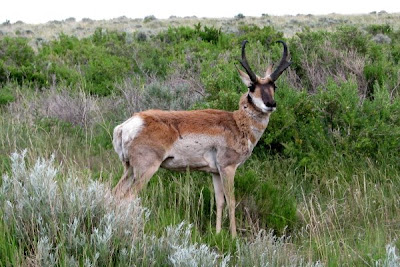 Driving south into Wyoming, we encountered herds of antelope every mile or so; hundreds in all. Rhonda's father would later claim that Wyoming has more antelope than people. That may be true.

We passed through miles of sagebrush country and finally arrived at a little place called Martin's Cove. It derives its name from an ill-fated Mormon handcart company that got stranded in a blizzard in late 1856. They left too late in the season and many froze to death. The LDS Church now operates a visitor center nearby where Rhonda's father is serving a mission.

As I considered the fate of those early settlers, I couldn't help but wonder what foods they might have found on the plains, if anyone had cared to educate them. Of course, the antelope are extremely abundant. We also found prickly pear cactus and sego lilies (pictured below).

In all fairness, most of these foods would not have been available during the winter, but with a little planning, they may have collected them en route.

Sadly, hindsight is always so clear... 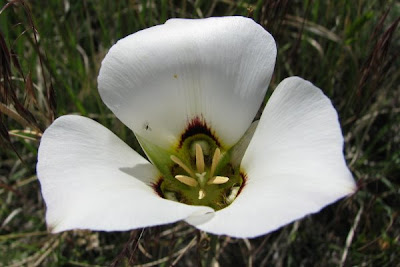 Sego Lily... the Mormon pioneers did in fact eat the bulbs of this plant in other times and other circumstances. 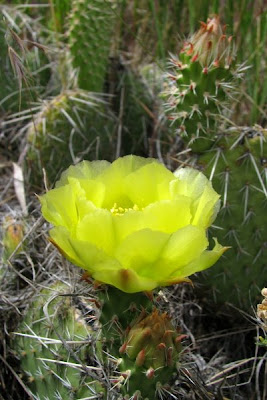 Prickly pear cactus... this plant is a food for Native peoples, especially in Mexico.
Posted by Barry Moses (Sulustu) at 6:46 PM