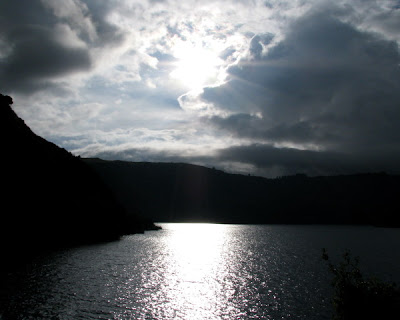 After lunch with Cesar's family, we all piled into a couple different cars and made a caravan up to the Laguna de Cuicocha.

This is what Wikipedia has to say about Cuicocha:

"Cuicocha is a three kilometre (1.9-mile) wide caldera and crater lake at the foot of Cotacachi Volcano in the Cordillera Occidental of the Ecuadorian Andes. Its name comes from the Quiché Indigenous language and signifies: "Lago del Cuye" or Guinea Pig Laguna in English. It was given this name due to the shape of the largest Island located in the middle of the Laguna resembling a Guinea Pig. These animals play a significant part in the everyday life of Ecuadorians, as it reproduces rapidly and needs a minimum of food and care to survive, it makes for an excellent high protein meal especially for populations living in altitude. The caldera was created by a massive phreatic eruption about 3100 years ago that generated about 5 cubic kilometres (6.54 billion cubic yards) of pyroclastic flow and covered the surrounding area in volcanic ash up to 20 cm (8 inches) deep. The volcano has been dormant since that time. In combination with other eruptions from nearby Imbabura, Mojanda, Cotacachi, and Cayambe, Cuicocha is responsible for the fertile soil of the Otavalo valley. The crater lake within the Cuicocha caldera contains four dacitic lava domes..."

Our own experience was less scientific, but equally interesting. I was surpirsed at how much colder it was near the lake than it had been in the city. If I didn't know better, I would have thought it was about to snow. 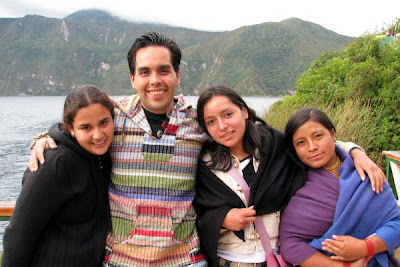 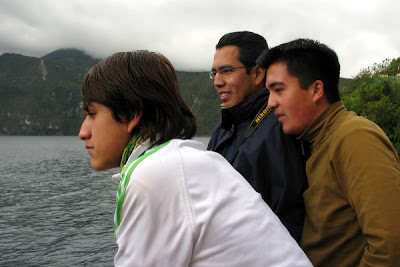 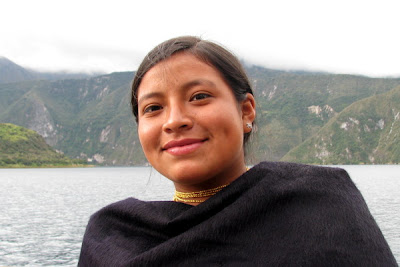 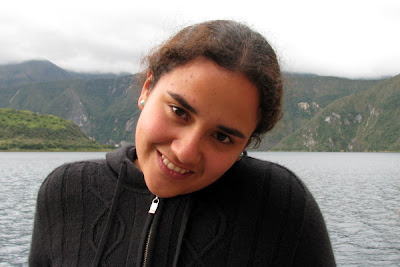 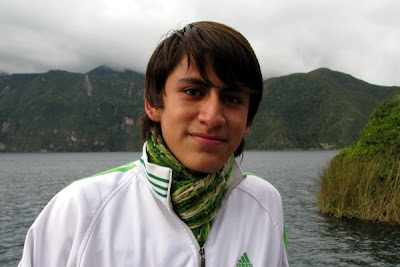 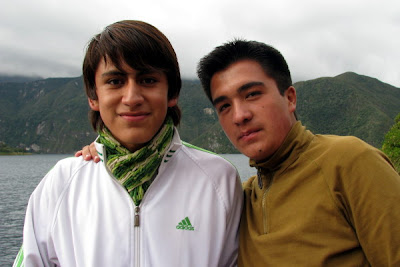 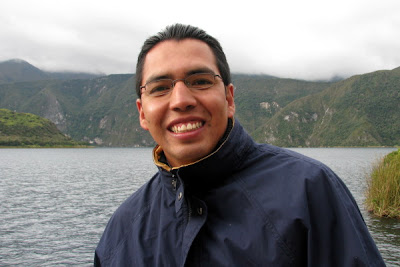 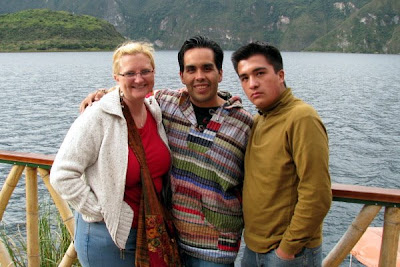 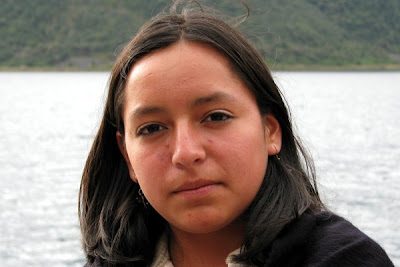 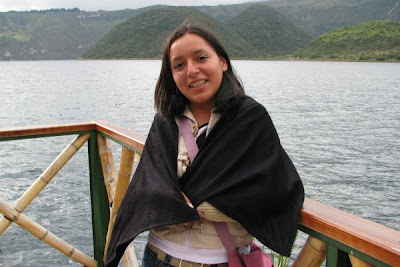 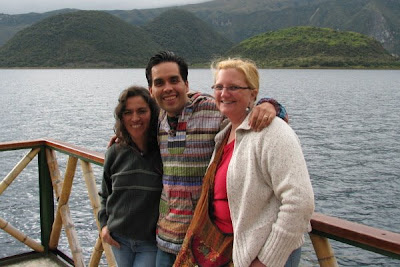 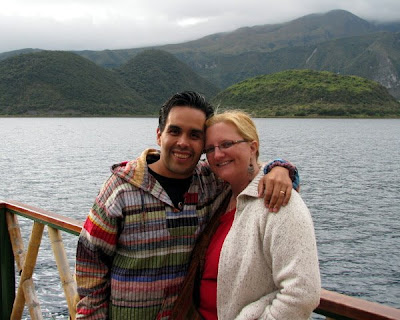 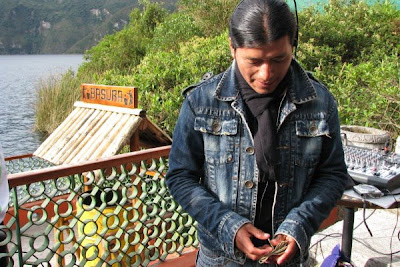 A musician performed at Cuicocha, selling his CDs. As it turns out, he was Flor's neighbor. Seems like she always spots the celebrities during our travels. When we went to Washington DC, she was the one who noticed Blake from American Idol.
Posted by Barry Moses (Sulustu) at 1:00 PM