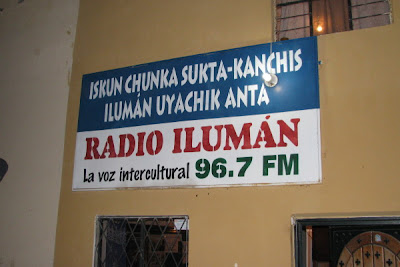 After our visit to Laguna de Cuicocha, we parted ways with Valentina and most of the youth. Cesar brought me, Rhonda, and Santiago in his car to give an interview on Radio Iluman.

We drove to a small indigenous community near Cotacachi. It seemed like the most unlikely spot to find a radio station. The streets were all unpaved, and the houses were all made from adobe and clay. In fact, the car got stuck in a ditch as Cesar tried to navigate the narrow streets. That set us behind at least 30 or 40 minutes as we got unstuck.

When we arrived at the radio station, a bewlidered looking man opened the door cautiously. He hadn't heard we were coming. For a while, it seemed the interview would be cancelled, but then the man in charge arrived and explained everything. He ushered us in to a small sound studio, wrote down a few biographical details, and then simply launched into the interview.

At first, he spoke only Kichwa as the community is almost all Native. After a few minutes, he turned the questions to me in Spanish.

For about 40 minutes, we were on the air LIVE, as he asked me about indigenous issues in the United States: politics, culture, religion, language, etc. He also spoke at length with Cesar about the exchange program. We ended the interview with a traditional Spokane song. 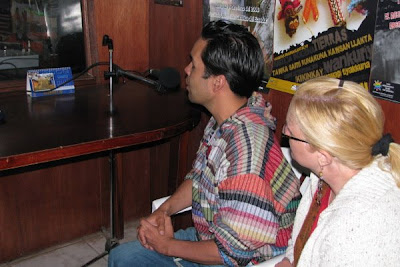 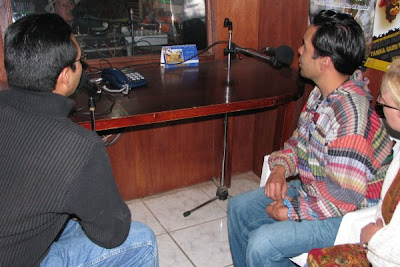 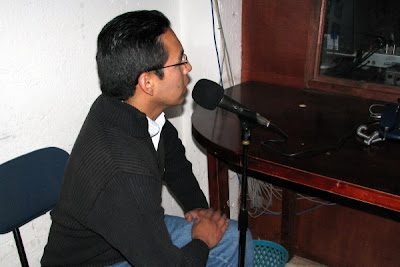 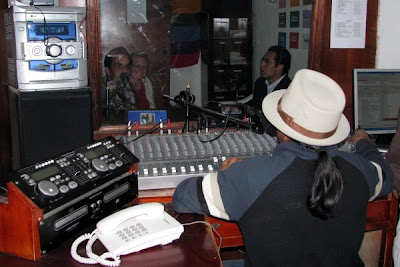