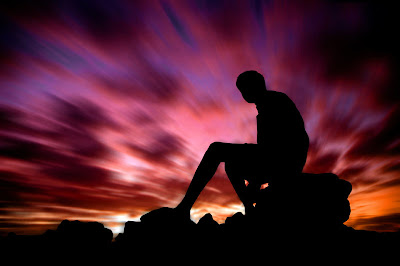 When I was a child, I noticed that some of my dreams had an eerie quality that occasionally manifested into reality; however, it didn't always happen in a straightforward way. Most often, the prophetic quality was revealed in a gesture, a phrase, or a metaphor that would then appear in my waking life a few days later.

The first of these events that I recall happened on June 13, 1979 when I was eight years old. I remember the date only because the real-life event seemingly predicted was recorded in my family history.

In my dream, I was walking alone in a barren, industrial-looking neighborhood. The streets were empty of people, except for me. I came to a parked car, and for some reason, I felt compelled to look inside. Just then, my yaya Minnie's reflection appeared on the glass at the same moment that she whispered my name. When I turned around to greet her, she was already gone. A lonesome wind blew across my face.

I awoke the next morning feeling empty and sad. Just a few hours later, my aunt called to inform us that my yaya Minnie passed away.

Was it coincidence or prophecy? Sometimes it's hard to tell.

I dreamed of death a full year before my father died, but I never saw enough clear signs to warn him in advance. In one dream, I saw a complete set of my father's clothes folded near an open grave. In our tradition, people sometimes do fold the last-worn clothes of a deceased person in this exact manner, but I just didn't connect the dots. In another dream, I saw a body lying on a table covered in a sheet. I reached forth with a trembling hand to remove the cloth, but something woke me before I could see the face. After my father died, I saw his body in the emergency room, and he lay on the table in the exact manner and position as the body in my dream. The only difference was that the sheet no longer covered his face.

Sometimes my dreams reveal future events with exact clarity, but usually these episodes seem random and mundane even. One night I dreamed of airplanes flying low overhead as they left multi-colored contrails in the summer sky. The image was so brilliantly clear that I awoke feeling perplexed at its meaning. Less than an hour later, emergency personnel arrived at my apartment and told us to evacuate; a wildfire was fast approaching less than a mile away, they said. As Rhonda and I rushed outside to the car, an airplane flew overhead and dropped red fire retardant in a long billowing streak across the sky. The image matched my dream exactly.

As I reflect on these dreams, I'm left to wonder what purpose they serve. I couldn't prevent my father's death, or do anything practical like find winning lottery numbers. Most of the time, I don't even know the dreams are prophetic until I see them fulfilled in my waking reality. Prophetic dreams are horribly difficult to separate from the nightly clutter of ordinary dream events. At this rate, I could never hope to make any money as a medium or professional psychic, (lol), not that I even want to. I'm just saying...

And yet, sometimes prophetic dreams are intensely instructive or even comforting.

Less than a week before my father died, I had my last prophetic dream of the event that would shake my world to the core. In my dream, the Angel of Death appeared to carry me away. Just as he reached his hand toward me, Jesus stood between us, but the spectre of death laughed and swallowed Jesus in his black cloak. I felt my heart sink. Just then a blinding flash of light destroyed the dark figure; evaporated him. The empty cloak fell to the ground and Jesus stood before me with arms outstretched. "Fear not," he said, "For I have conquered death."

I woke up sobbing. A few short days later, I told this dream to the people as I stood beside my father's grave.

Most often, dreams speak to me in metaphor. It's like a complete language unto itself that I'm only beginning to understand. Many questions remain unanswered, but I always try to share my dreams with others, especially if I see them in my dream. I also ask my friends to share their dreams with me, especially when they see ME. By discussing our dreams, perhaps we learn to translate these enigmatic symbols into meaningful tools for abundant living.

Wow, Barry this is awesome, moving and vulnerable.

I recently came accross your blog and have been reading along. I thought I would leave my first comment. I dont know what to say except that I have enjoyed reading. Nice blog. I will keep visiting this blog very often.

Thanks 'Chelle. When will you continue your blog?

I've also experienced this phenomenon--and you're right, I think, about how dreams often speak in metaphor.

It's worth noting, I think, that I was once a Christian, and at the time had dreams that I still accept as mystical experience. Even as an agnostic now, I sometimes believe I met the real presence of Christ in those dreams.

I still have prophetic dreams--and incredibly lucid dreams--on a fairly regular basis. It is truly one of the greatest pleasures I enjoy, these trips into other worlds--for lack of the words I need to describe them.

Nice to find a kindred spirit, and to hear things from a Native American POV.